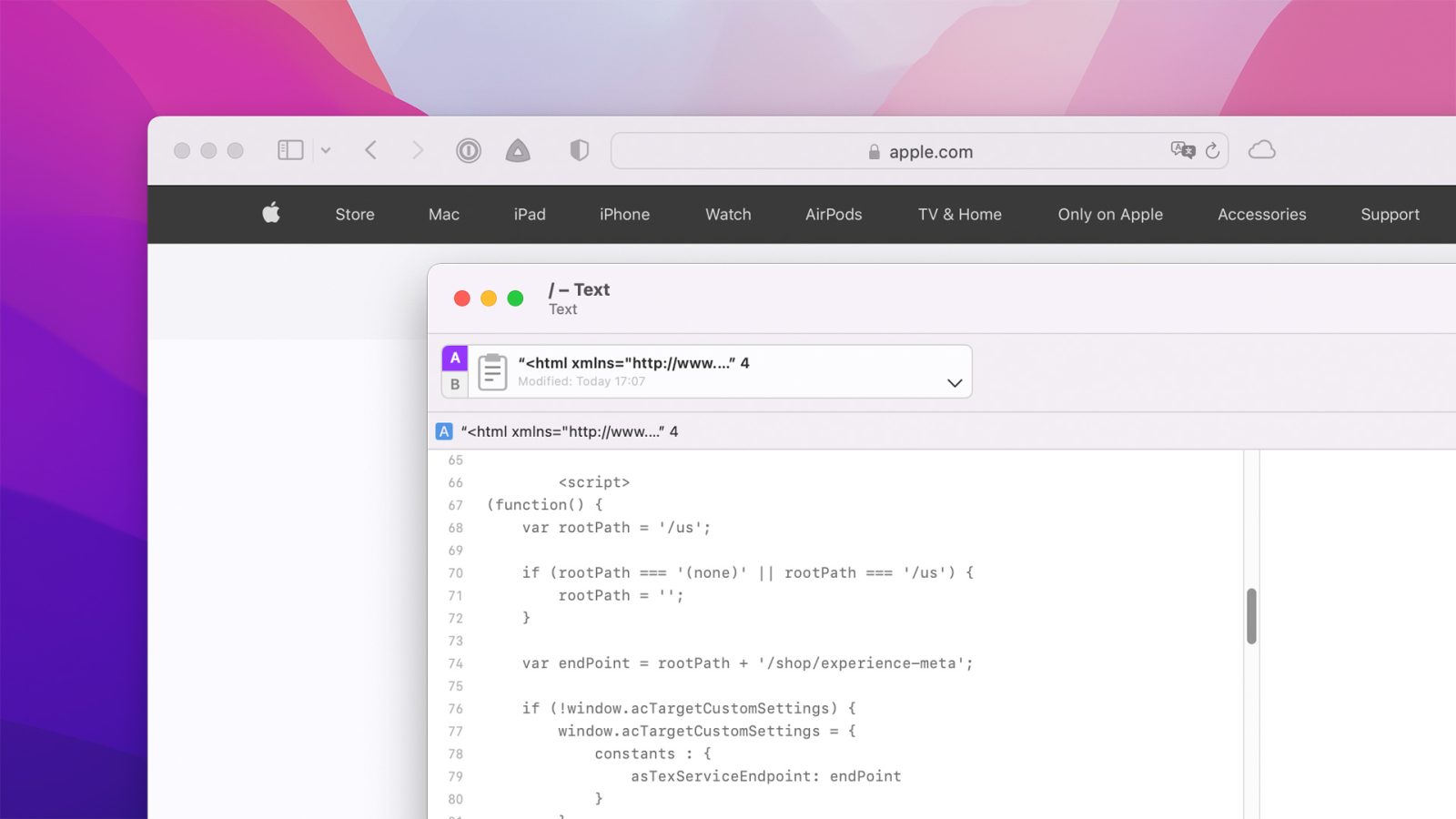 Kaleidoscope is a popular and powerful Mac app for users who constantly need to compare the differences between files and folders. Following a major update last October with a new interface and support for M1 Macs, the app was updated today with new Safari extensions for web developers.

The new Safari extension allows developers to easily analyze and compare the HTML or CSS code of a webpage using Kaleidoscope. With just a click, you can get a full copy of a website’s source code. You can also use the “ksdiff” function in the JavaScript console to find bugs in your code.

Next time you find yourself in a debugging situation where you need to inspect an object with many properties, remember Kaleidoscope and ksdiff(), which allows you to quickly save the current state. We even use this not only for comparing output, but for quickly getting content into another app, ready for copy and paste use later on.

In addition to the Safari extension, Kaleidoscope 3.3 comes with a new extension for Visual Studio Code that lets developers “open files, git changesets, and git merges directly from VSCode.” Other improvements coming with the update include the ability to view invisible characters in code, as well as overall bug fixes.

Kaleidoscope 3 is available on the Mac App Store for $149.99, and you can get a 15-day free trial version on its official website. It’s worth noting that the app doesn’t have any subscriptions or in-app purchases.

You can learn more about what’s new in today’s update on the Kaleidoscope blog.