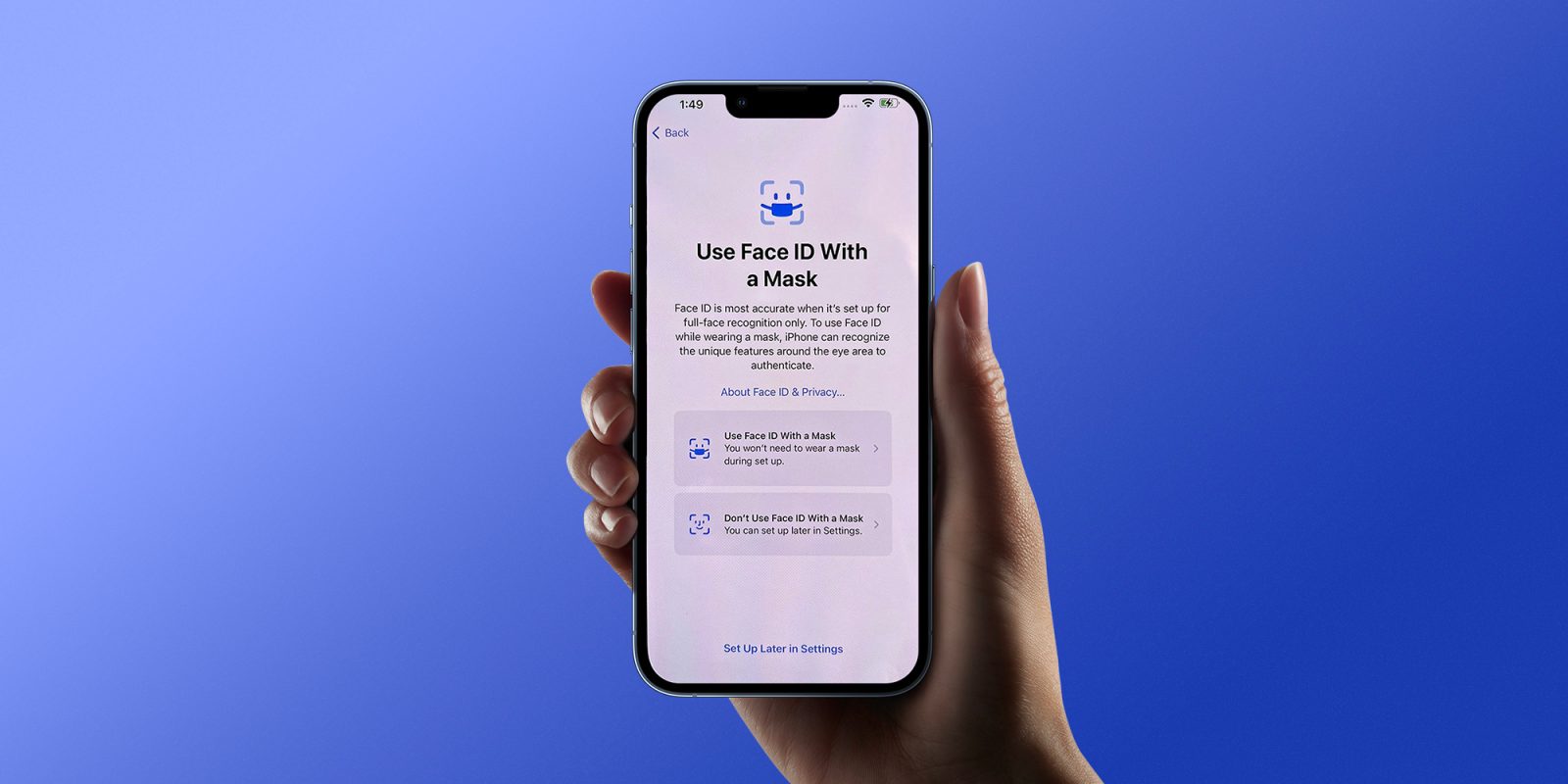 Apple has finally released iOS 15.4 to all users. With this software update, the company is letting users unlock their iPhones with Face ID while wearing a mask. Here’s everything you need to know about this feature.

Just after you update your iPhone to iOS 15.4, a new prompt screen will appear explaining the new “Use Face ID with a mask” feature. Even though Apple actively gives users this new option, the company let its customers know that Face ID is most secure wi5 full-face recognition only:

“Face ID is most accurate when it’s set up for full-face recognition only. To use Face ID while wearing a mask, iPhone can recognize the unique features around the eye to authenticate.”

How Face ID with a mask works? What’s the difference between Apple Watch unlock and this new feature?

With iOS 15.4, users are able to use Face ID with a mask. As Apple explains, the TrueDepth system tries to “recognize the unique features around the eye to authenticate” your face. With the Apple Watch unlock, on the other hand, the TrueDepth system only searches for the mask. So, if the system gets the mask and the user is wearing an Apple Watch, the iPhone is automatically unlocked.

This is why Apple brings users the ability to lock the iPhone using the Apple Watch to avoid unintended false authentications.

As explained above, since the TrueDepth system is actively scanning your face, Apple allows Face ID to authenticate third-party apps access and even Apple Pay usage.

If you are used to unlocking your iPhone while wearing a mask with Apple Watch, you know that it’s not possible to open a bank app, WhatsApp, and other applications that use facial recognition authentication.

Now, with iOS 15.4 and this new feature, you can use your iPhone as you weren’t wearing a mask.

Face ID also works with glasses and a mask, but not sunglasses

Not only Apple is making it possible to use facial recognition with a mask, but it’s also improving Face ID with glasses. The company explains:

“Using Face ID while wearing a mask works best when it’s set up to recognize each pair of glasses you wear regularly. Face ID with a mask doesn’t support sunglasses.”

To use Face ID with a mask users don’t need an Apple Watch, but there’s a catch with device compatibility as Apple is only bringing this feature to iPhone 12 users or newer. The company doesn’t explain why, but iPhone X, XR, XS, and 11 owners won’t be able to take advantage of this function.

With iOS 15.4, here are the users that can use Face ID with a mask:

For those who have a 2018 iPad Pro or M1 iPad Pro, I’m sorry to inform that iPadOS 15.4 doesn’t add any changes to how Face ID works on its tablets, which means no improvements regarding wearing glasses or a mask.

In the same way the company doesn’t let you unlock your iPad Pro with the Apple Watch, you also can’t take advantage of this iOS 15.4 feature on your iPad.

How to use Face ID with a mask?

Here’s our full how-to post about this new feature with other tips.

When iOS 15.4 will be available to all users?