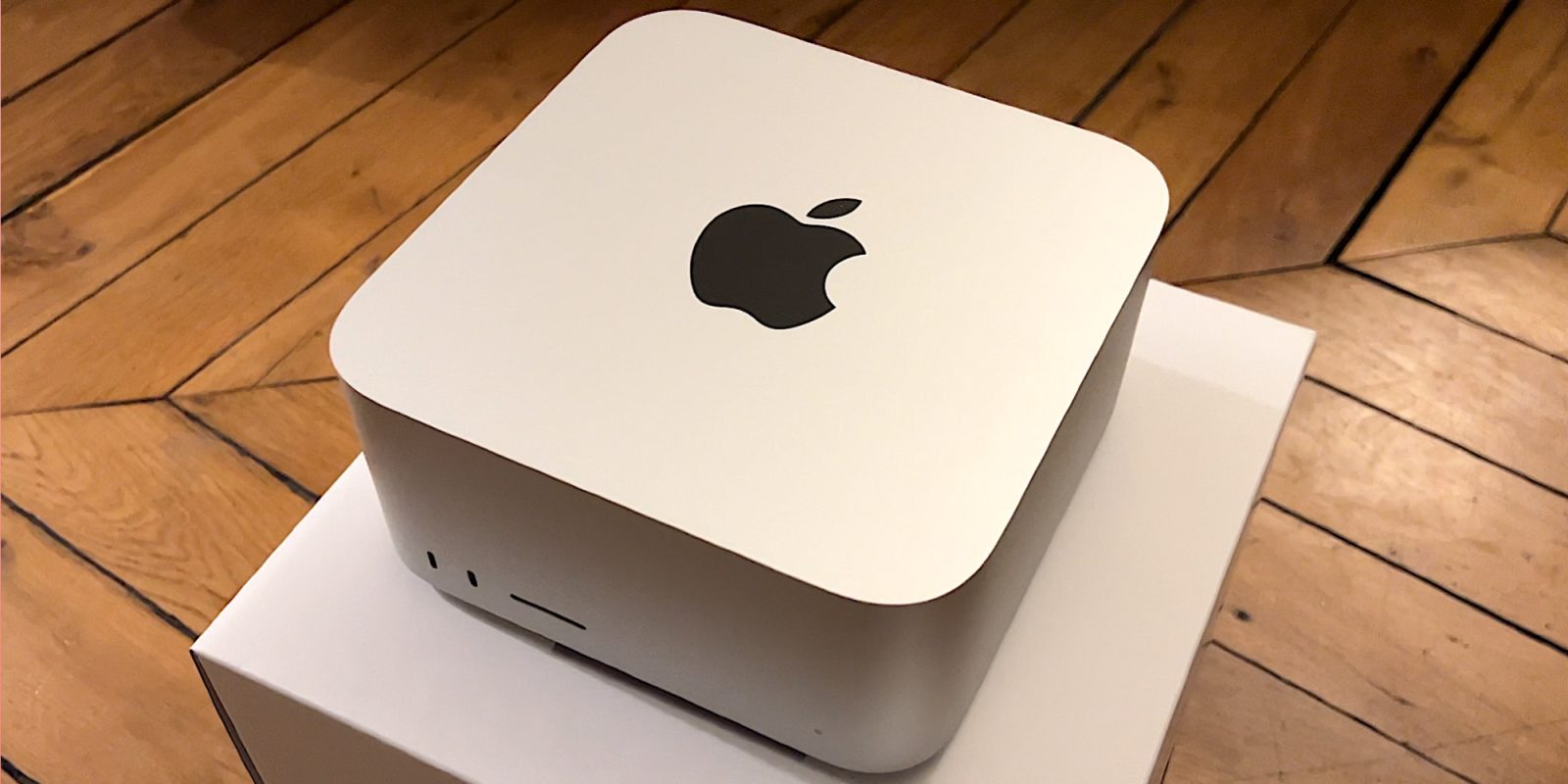 Apple will start selling the new Mac Studio this Friday. Fortunately, a lucky customer was able to get the new desktop a few days before its official release. With that, he shared some photos of this new pro-machine.

Simon, the lucky customer, is a reader of the French blog Mac4ever, and, according to him, the shop he bought the Mac made a mistake and shipped the Mac Studio to him before it was supposed to.

He bought an M1 Max Mac Studio. Before this product was announced during the “Peek Performance” event, 9to5Mac exclusively reported that Apple was going to introduce this product alongside the new Studio Display.

What makes this product unique is that it sits above the Mac mini, but it can be as fast as the Mac Pro – although a proper replacement is in the works by Apple.

It features the same physical footprint as Apple’s popular Mac mini, but it’s notably taller to accommodate the cooling system. It features an all-aluminum chassis with rounded edges and a black Apple logo on top.

As you can see in the pictures, it features four Thunderbolt 4 ports, a 10Gb Ethernet jack, two USB-A ports, one HDMI port, and a Pro audio headphone jack.

Comparing its horse-power, Apple says that the Mac Studio is:

How do you like this new Mac Studio judging by its photos? You can check a few more in the Mac4ever post here.