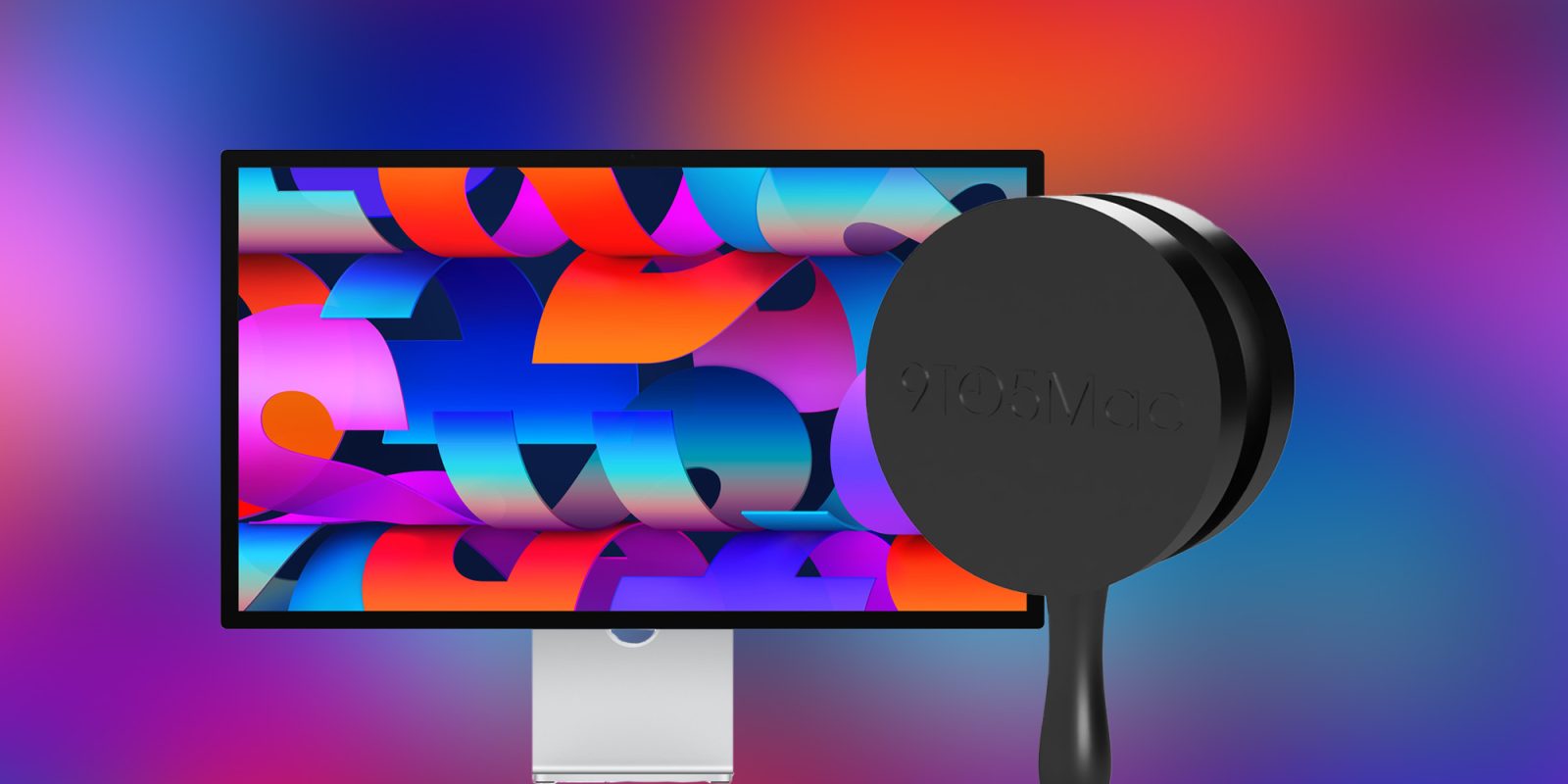 At Apple’s Peek Performance event, the company announced the Studio Display. As these displays first got into the hands of customers they began to realize that the power cable is not removable – or rather, it’s not meant to be user-removable. Apple has its own tool to remove the cable, but it’s not exactly easy.

Apple’s tool allows the Studio Display’s cable to be wrapped around it, then the main tube rests against the stand and the handle provides leverage. It takes quite a bit of force to remove the cable from the Studio Display, and Apple says the power cord is “not removable.”

With Apple saying the cable isn’t removable it seems unlikely consumers will ever get their hands on the official Apple tool, but you can get your hands on the 9to5Mac Studio Display cable remover.

The 9to5Mac Studio Display cable remover makes use of a similar design and function, providing extra leverage and stability while removing the Studio Display’s cable and features a raised 9to5Mac logo on one side.

Rather than putting this item for sale on our storefront, where you can get 9to5Mac t-shirts, stickers, and a polishing cloth, we’re releasing the 3D model for free, so anyone can download and 3D print their own cable removal tool.

It’s important to note that Apple’s cable isn’t meant to be regularly removed and reinserted, and it’s unlikely the company will offer replacement cables at various lengths to fit your setup, so it’s still not advisable to remove the cable unnecessarily.

But perhaps 9to5Mac’s cable remover is the perfect desktop display piece and conversation starter about this… interesting… design decision made by Apple.