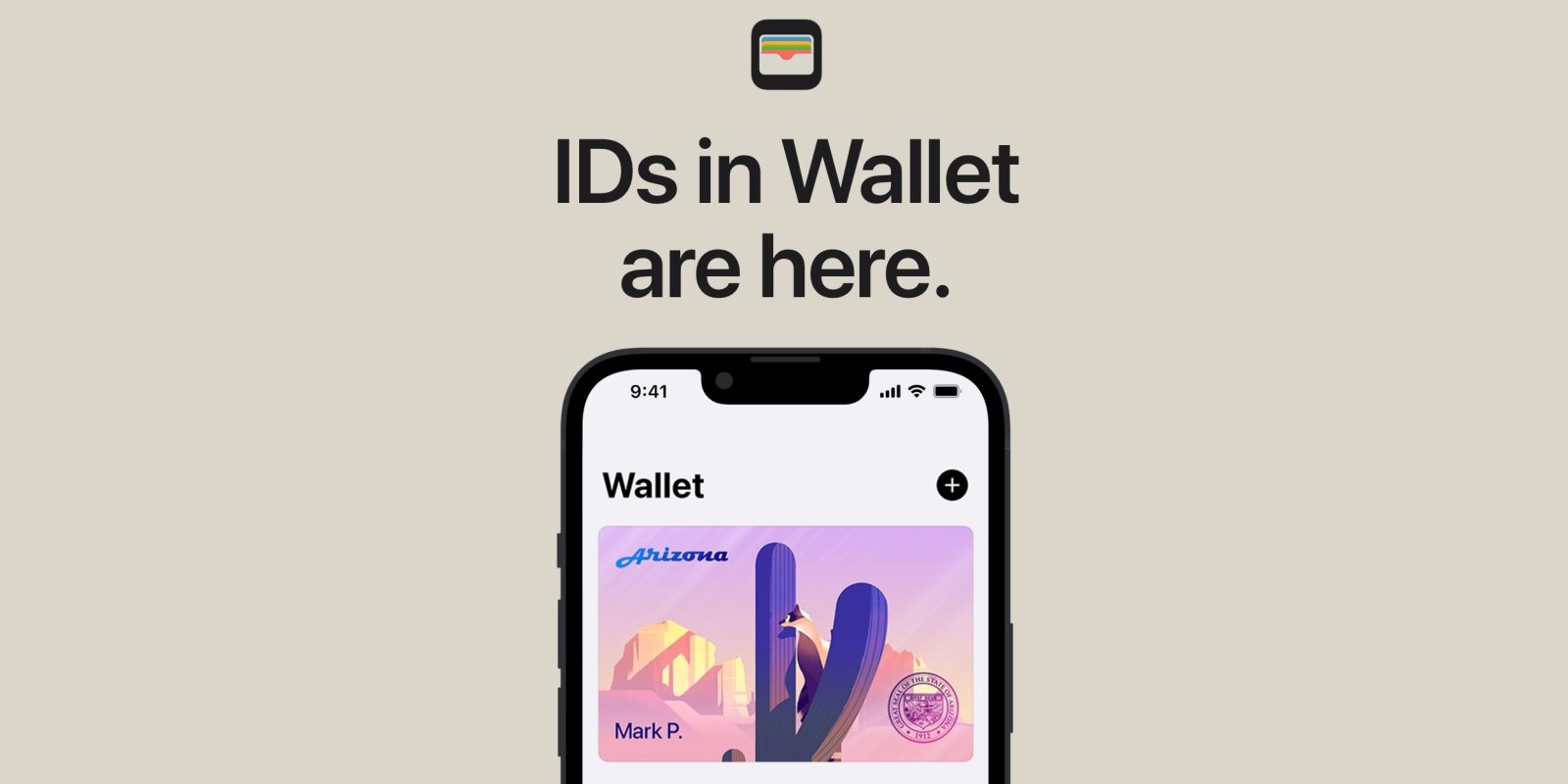 After first announcing support for digital IDs in iOS 15 last year, the first state has gone live with the feature. Arizona residents can officially add their driver’s license or state ID to the Wallet app on iPhone and Apple Watch.

Apple shared the details in a newsroom post this morning:

“We’re thrilled to bring the first driver’s license and state ID in Wallet to Arizona today, and provide Arizonans with an easy, secure, and private way to present their ID when traveling, through just a tap of their iPhone or Apple Watch,” said Jennifer Bailey, Apple’s vice president of Apple Pay and Apple Wallet. “We look forward to working with many more states and the TSA to bring IDs in Wallet to users across the US.”

30 states have been exploring the idea of adopting Apple’s digital IDs and in today’s release, Apple specifically called out more states will indeed launch support soon. Among those will be Connecticut, Georgia, Iowa, Kentucky, Maryland, Oklahoma, and Utah.

Adding to that, Apple says Colorado, Hawaii, Mississippi, Ohio, and the territory of Puerto Rico are all committed to adopting the feature now. And we just learned this morning that the company has been trying to get New York on board.

How to add your ID to the Wallet app

Adding a driver’s license or state ID to Wallet can be done in a few simple steps: Residents can tap the + button at the top of the screen in Wallet on their iPhone, select “Driver’s License or State ID,” and follow the on-screen instructions to start the setup and verification process. To help ensure that the person adding the identity card to Wallet is the same person to whom the identity card belongs, the user will be asked to take a selfie and scan the front and back of their driver’s license or state ID card, which will be securely provided to the issuing state for verification.

Apple says that for additional fraud prevention, users will complete “a series of facial and head movements during the setup process” and that each state is responsible for “verifying and approving the user’s request…”

Apple highlights that digital IDs in the Wallet app take “full advantage of the privacy and security built into iPhone and Apple Watch, and offers benefits that a physical ID card can’t match.” Apple explains further:

Apple also updated its website for IDs in the Wallet app with two short videos on adding IDs and using digital IDs at supported TSA checkpoints.