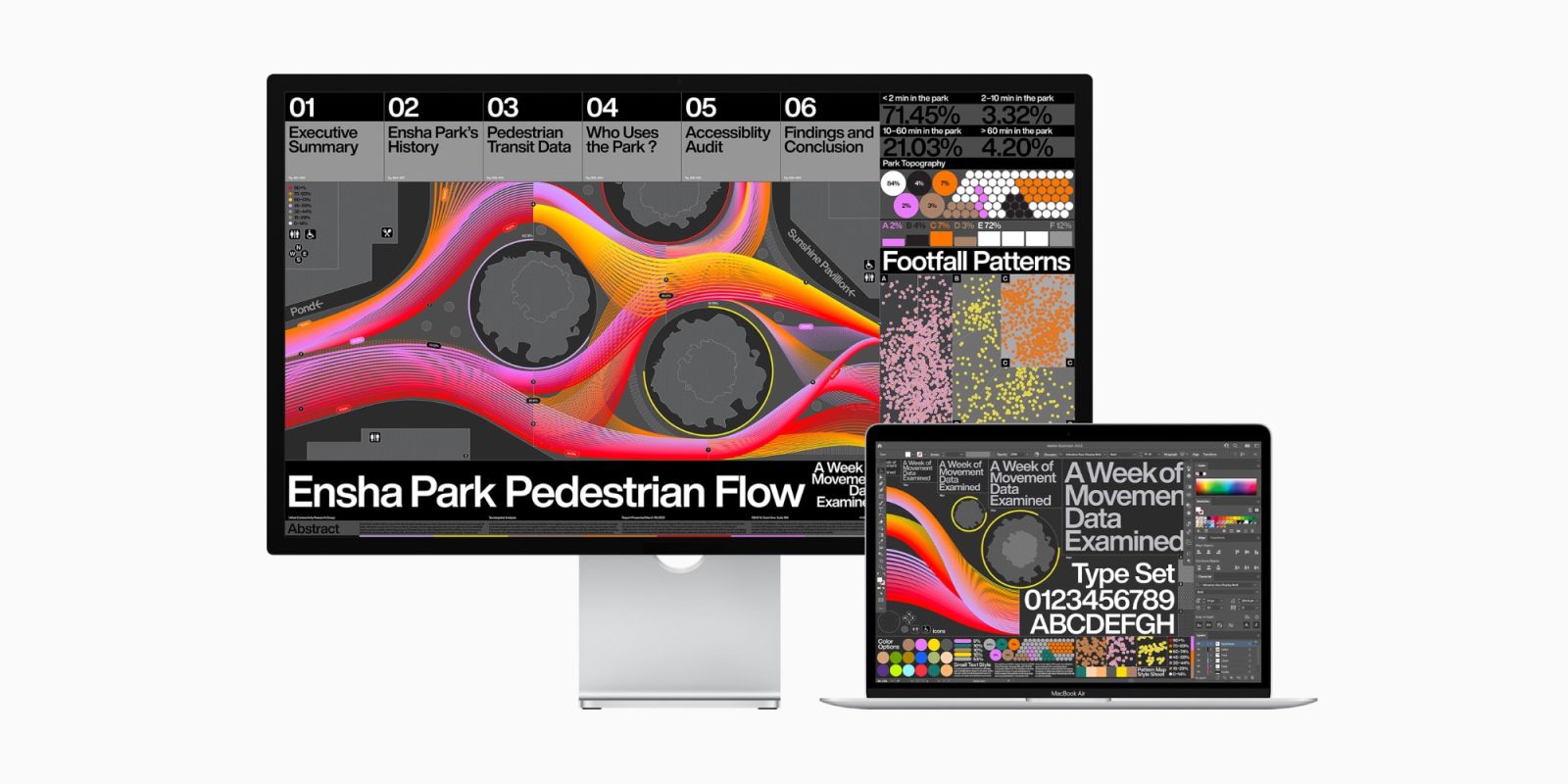 But professionals who liked Apple’s premium (versus ultra-premium) displays were upset, so Apple recently made a premium display. Cool, right? Not so fast.

The Apple Studio Display is overpriced! The thing costs $1599, and that’s before you add $400 for a height-adjustable stand. C’mon!

The webcam sucks too. Sure, the ultra-premium display doesn’t even come with a webcam, but this one is actually worse!

And who wants Center Stage on a 27-inch display anyway? Sure, we were all bummed when the 24-inch iMac didn’t support Center Stage (even the $329 iPad has it!), but who would want a webcam that can pan and zoom in and out when you move around or someone joins you? Beats me.

All anyone wanted was the same panel Apple included in the premium iMac. 27-inch screen, 5K Retina resolution, built-in mic and speakers, something for video calls, and maybe throw in True Tone. How could Apple hear that and make this Studio Display?!

I don’t know, but maybe this Steve Jobs guy could help explain it:

We’re just people running this company. We’re trying to make great products for people, and so, we have at least the courage of our convictions to say, “We don’t think this is part of what makes a great product. We’re gonna leave it out.”

Some people are gonna not like that. They’re going to call us names. It’s not going to be in certain companies’ vested interest that we do that, but we’re gonna take the heat ’cause we want to make the best products in the world for customers.

We’re gonna instead focus our energy on these technologies, which we think are in their ascendancy, and we think they’re gonna be the right technologies for customers, and, you know what, they’re paying us to make those choices.

That’s what a lot of customers pay us to do – is to try to make the best products we can, and if we succeed, they’ll buy ’em. And if we don’t, they won’t. And it’ll all work itself out!

That was about Apple not supporting Adobe Flash on iPad years ago, but the thinking still works.