SystemSix is a super-cute ‘love letter to the Macintosh,’ created by a former Apple engineer 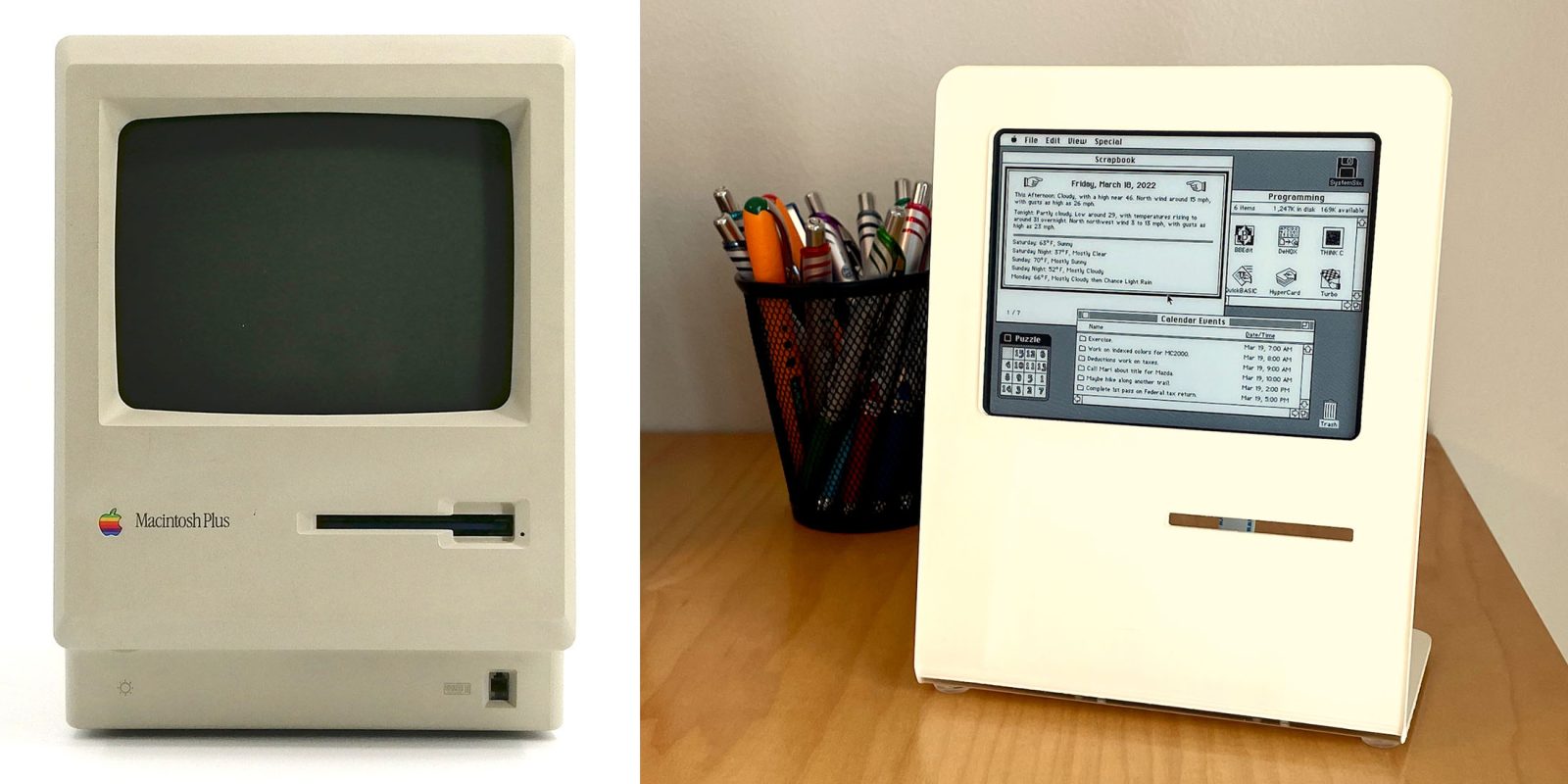 I have a non-functional original Macintosh in my office just as nostalgic decoration, but SystemSix is a super-cute home-built alternative. Its creator and former Apple engineer J Calhoun describes it as a ‘love-letter to my first Macintosh’ – which was a Macintosh Plus.

It’s a DIY project which recreates the front panel of a classic Macintosh, coupled with an e-ink display to emulate the look of the original machine, while a Raspberry Pi gives it a little functionality …

Calhoun stresses that it’s not an interactive device. It simply pulls in some data and displays it, but that does make it more than purely decorative.

Functionality is limited to displaying the content of a public calendar, local weather, and the current phase of the moon. Oh, and as Raspberry Pi notes, there’s one other delightfully quirky feature:

The trash icon shows itself as “full” on Mondays to remind them to take the bins out for collection the next day. You can set this to a day of your choosing and never have to tear up and burn your recycling overflow in the garden fire pit ever again.

The project uses the Mini vMac emulator to create the simulated Macintosh interface.

The idea of emulating a Macintosh was actually accidental. The original project was simply to display a calendar and moon phases on an e-ink screen.

To display the moon in 1-bit (literally black and white) I thought back to my early Macintosh days. My first Apple computer was a Macintosh Plus — a machine also sporting a crisp, 1-bit display. The college I attended had a flat-bed scanner (cool!) attached to a Macintosh. The software driving the scanner would convert the scanned image to black and white by dithering the image.

I found some nice photos of the moon in various phases online, uploaded them to be Atkinson-dithered and was pleased with the result.

But something odd happened on the way to re-skinning the eInkCalendar. When I saw the wonderful Atkinson-dithered moon I was taken back to the 1-bit beauty that was my first Mac Plus. I imagined the dithered moon as some sort of “desk accessory”. Instantly I re-imagined the entire e-ink calendar as a psuedo-Mac desktop with a Moon desk accessory — perhaps calendar events displayed as the names of folders in a Finder window in “list view”… This app could double as a fond trip down memory lane.

You can find all the details on Calhoun’s blog, and the software is available on GitHub.