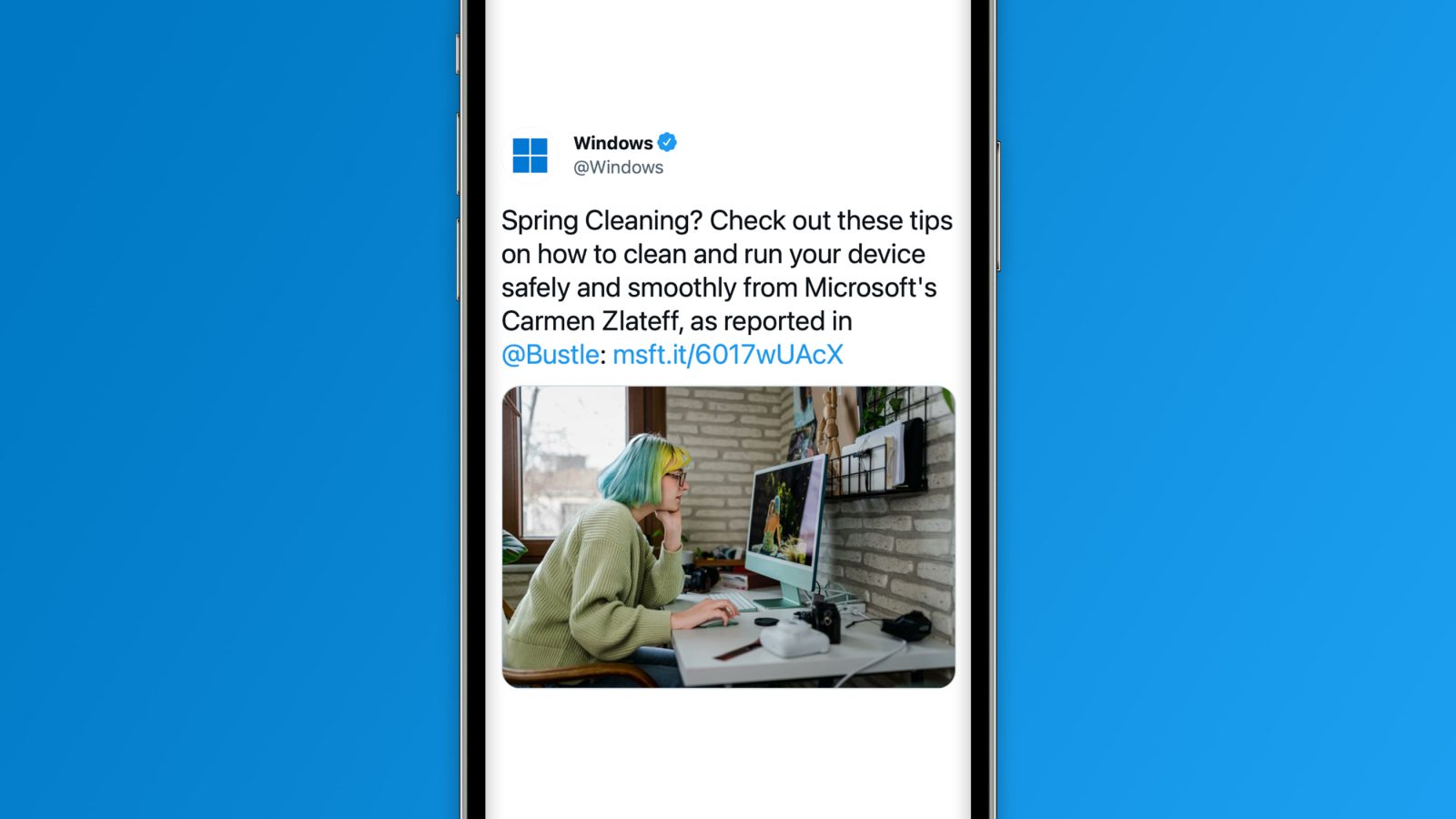 Twitter is well known for being the place where influencers, celebrities, or even executives mistakenly reveal that they’re using an Apple product when they shouldn’t. However, a recent tweet on the official Windows account – which has now been deleted – featured nothing less than an M1 iMac.

The tweet was posted on Twitter last Wednesday, March 30, and it contained a link to an article with tips from one of Microsoft’s executives to help users clean up their computers.

Spring Cleaning? Check out these tips on how to clean and run your device safely and smoothly from Microsoft’s Carmen Zlateff.

What the person behind the Windows account on Twitter didn’t realize is that they chose the image of someone using an iMac instead of a Windows PC.

This, of course, wouldn’t be a huge problem depending on the Mac model shown in the picture, since Intel Macs can run Windows via Boot Camp. But in this case, the image clearly shows a green M1 iMac, which can’t run Windows natively.

Right after the tweet was shared, people made fun of the image, which was still there until a few hours ago. Now Microsoft has finally deleted the tweet. It’s worth noting that Microsoft has its own lineup of computers, which includes the Surface Laptop, Surface Pro, and Surface Studio, so it’s funny to think the company chose a photo with an Apple computer.

A few years ago, Samsung’s official Twitter account was caught promoting the Galaxy Note 9 using Twitter for iPhone, so the company eventually deleted the tweets as well. After all, it seems that some people working at the competition genuinely like Apple products.