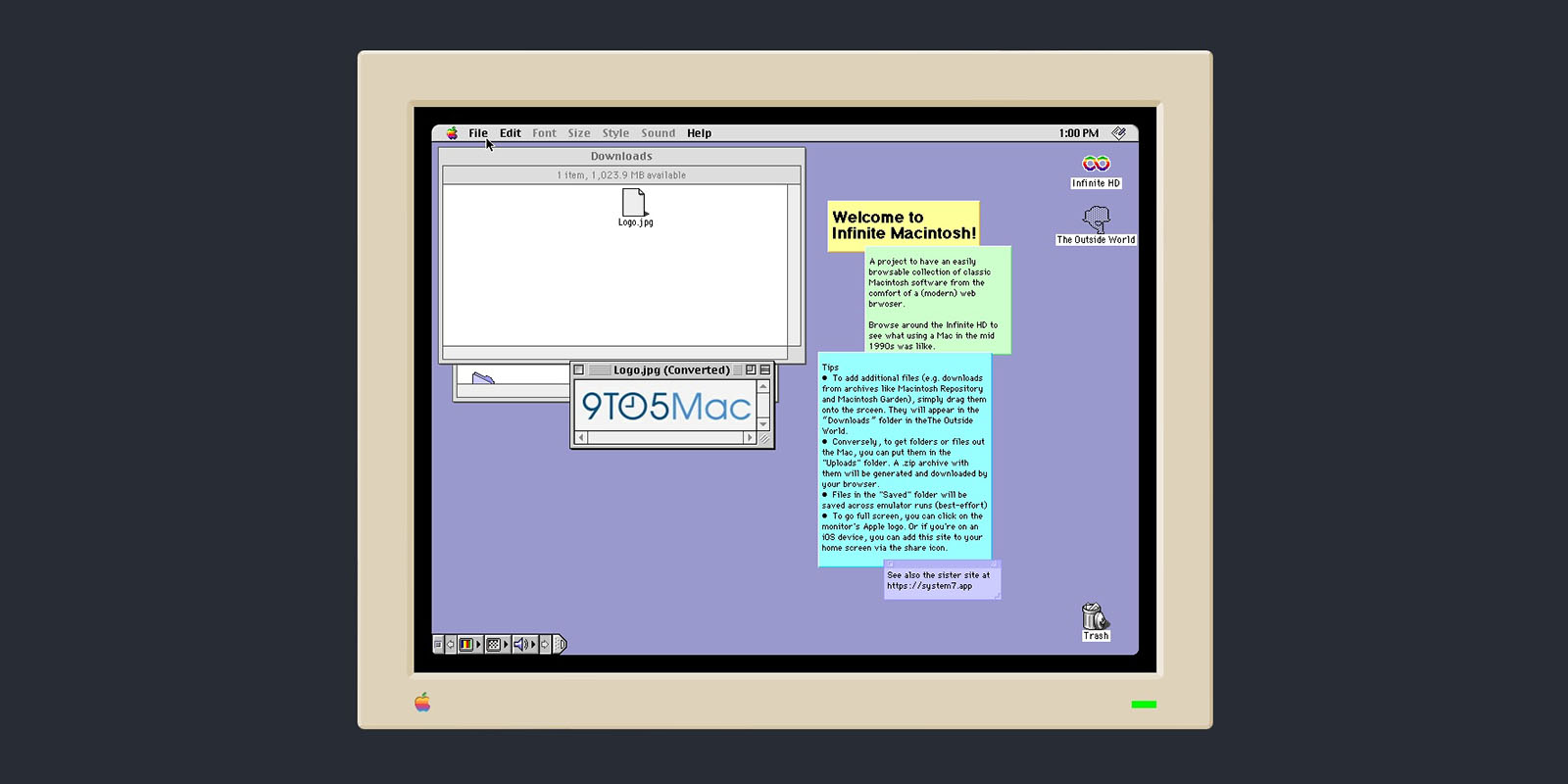 There’s always a surprising amount of interest in Mac emulators for classic Macintosh and vintage Mac machines. For the older ones among us, it’s a nostalgic trip down memory lane, while for younger readers it’s an interesting peek into the history of the machines we use today.

A couple of years ago saw a Mac app to run Mac OS 8 on a virtual Quadra 900, and now there’s another Quadra emulator running entirely in a browser …

There are two versions, one for System 7 and the other for Mac OS 8, which laid the foundations for what would become Mac OS X, later renamed to OS X and then to macOS. As they run in a browser, they run on any machine, whether M1 Mac, Intel Mac, or PC. (In theory, you can run them on an iPhone too, but there isn’t enough screen space to do so.)

Macworld reports that you can run original versions of a lot of classic Mac software.

Both emulators include old versions of Acrobat Reader, Microsoft Word, Nisus Writer, Adobe Photoshop, KidPix, MacPaint, and a lot more. Classic Mac Games such as Glider, Lemmings, and the Marathon series are included, and if you really want to get nostalgic, both emulators come with HyperCard.

It was at that point that I knew I’d better not spend any time there in working hours: I loved Hypercard, and basically ran my life in it.

Creator Mihai Parparita based his work on James Friend’s in-browser ports of the Basilisk II and PCE.js emulators, and created a neat interface between the emulators and the modern world.

Basilisk II supports mounting a directory from the “host” into the Mac (via the ExtFS module). In this case the host is the pseudo-POSIX file system that Emscripten creates, which has an API. It thus seemed possible to handle files being dragged into the emulator by reading them on the browser side and sending the contents over to the worker where the emulator runs, and creating them in a “Downloads” folder. That worked out well, especially once I switched a custom lazy file implementation and fixed encoding issues.

To get files out, the reverse process can be used, where files in a special “Uploads” folder are watched, and when new ones appear, the contents are sent to the browser (as a single zip file in the case of directories).

The emulators also support persistence, so any files you create and save should remain (the usual disclaimers apply, with this feature offered on a best-endeavors basis).

You can read the blog here about the creation and operation of the emulators, and try each one here:

Just last week, we showed you a cute DIY hardware project with a simulated Macintosh interface on an e-ink screen.