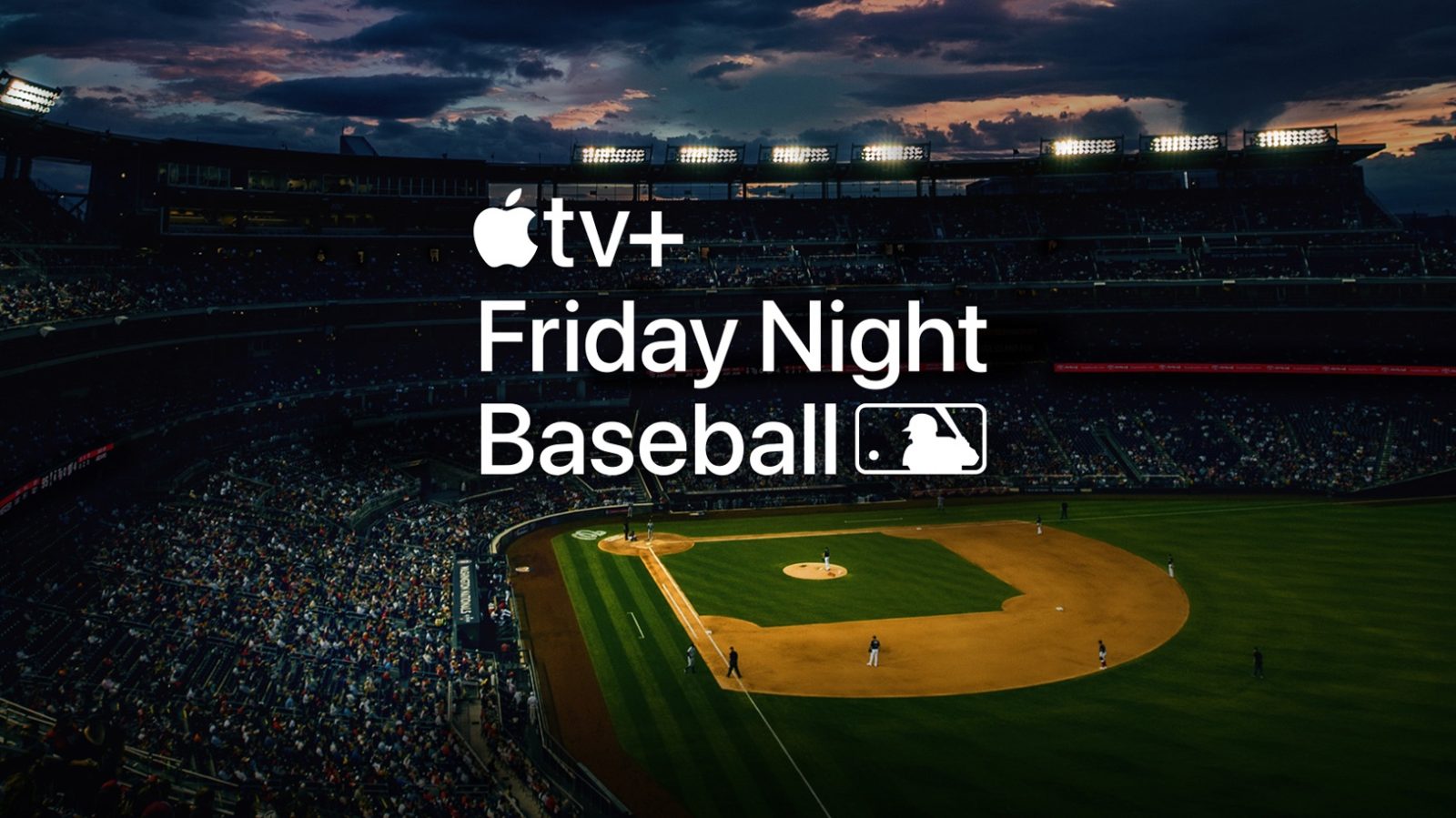 During the “Peek Performance” event, Apple announced Friday Night Baseball would be coming to Apple TV+. With MLB games starting this Friday, the company finally unveiled its production details and broadcast team. In addition, new exclusive programs such as Countdown to First Pitch and MLB Daily Recap are also coming to the streaming service.

Friday Night Baseball live pre and postgame coverage will be hosted by Lauren Gardner, along with a rotating group of analysts and former Major League Baseball (MLB) players, including Carlos Peña, Cliff Floyd, and Yonder Alonso.

Produced by MLB Network’s Emmy Award-winning production team in partnership with Apple, “Friday Night Baseball” will offer a modern and dynamic broadcast experience that appeals to new viewers and veteran fans alike. Each game broadcast will employ state-of-the-art cameras, including high-speed Phantoms, the high-resolution Megalodon, and more throughout the season to present vivid, live-action shots, and offer immersive sound in 5.1 with spatial audio enabled. “Friday Night Baseball” will also incorporate new on-screen graphics that include innovative new probabilities-based forecasts of different situational outcomes, plus highlights and live look-ins from around the league integrated right into the broadcast.

MLB programs for Apple TV+ users to take advantage of

Baseball fans in the US and Canada will also be able to enjoy new 24/7 live programming with MLB game replays, news and analysis, highlights, classic games, and more. Here are the exclusive programs:

Additionally, MLB fans will be able to watch full games as well as condensed game replays, on-demand on Apple TV+ after the completion of the live broadcasts each week.

Apple will offer up to two games every Friday alongside these exclusive programs. As of right now, anyone can watch Friday Night Baseball. An Apple TV+ subscription will be required at a later date.

Are you excited for Apple’s first bet on sports live stream? Share your thoughts in the comment section below.