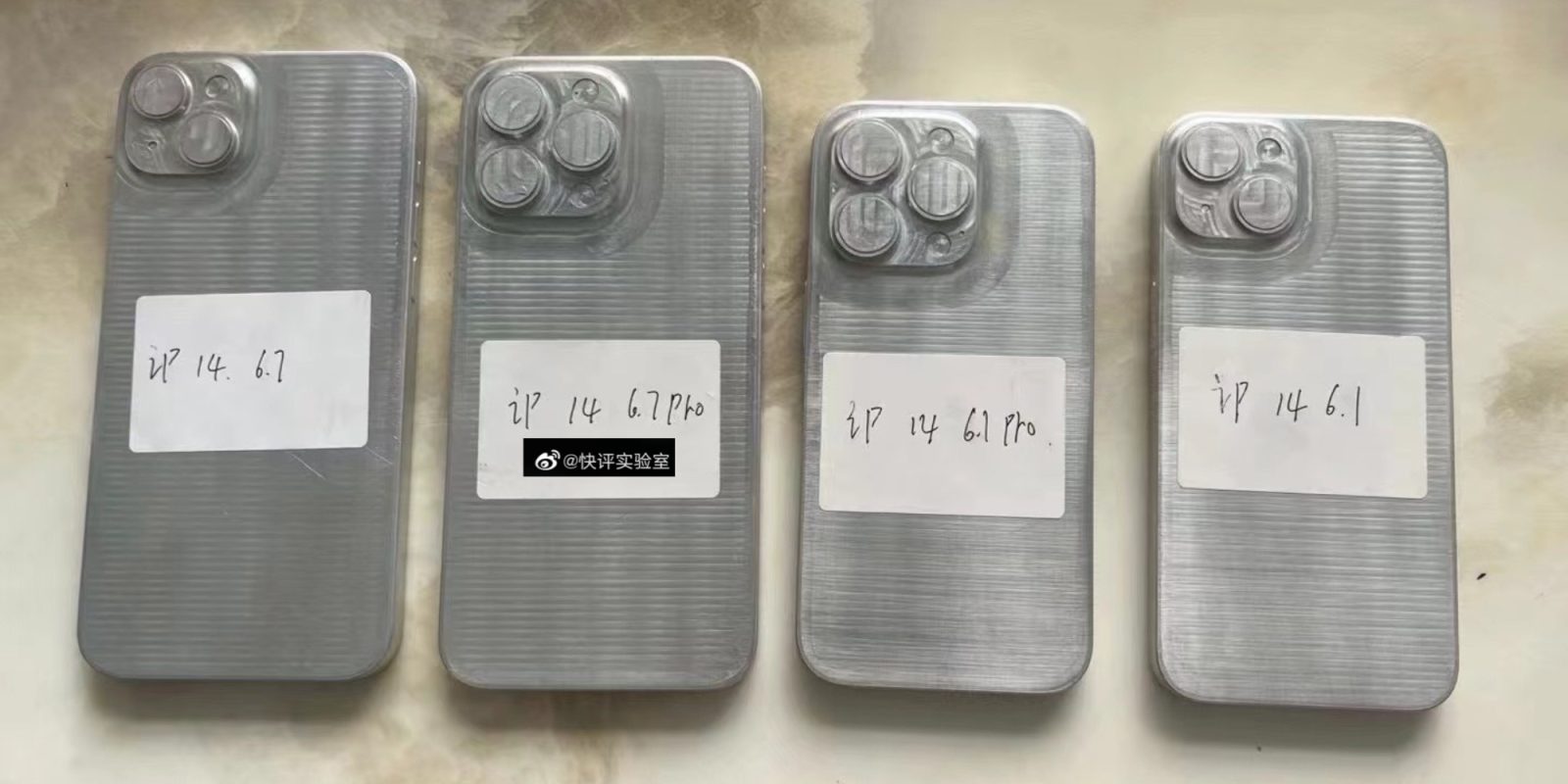 As we are halfway through the cycle of the iPhone 13, rumors and leaks about the iPhone 14 lineup become more regular. Now, a new photo shows the possible case schematics for the entire line of Apple’s upcoming smartphone without a mini model, and lens unchanged for the future iPhones.

The image above was posted by a user on Weibo, a popular Chinese social media platform. They share some known tidbits from previous rumors, such as no iPhone mini this year, but two 6.1-inch versions and two with 6.7-inch screens.

While the regular iPhone 14 will keep the diagonal lens, the Pro versions will apparently follow the trend of the same three lenses and a LiDAR scanner. Although Twitter user ShrimpApplePro posted that this schematic appears sooner than expected, 9to5Mac covered almost a year ago the case schematics of the iPhone 13 line.

The Weibo user also points out that “according to previous rumors, the iPhone 14 Pro will use an exclamation point camera design, while the iPhone 14 and 14 Max are still designed with the notch.”

Although it’s impossible to say that by the case schematics, analyst Ross Young previously said that at the beginning of the year:

In terms of the rear camera, analyst Ming-Chi Kuo says the iPhone 14 Pro and iPhone 14 Pro Max will be upgraded to 48-megapixels, an increase from the 12-megapixel sensor in iPhone 13.