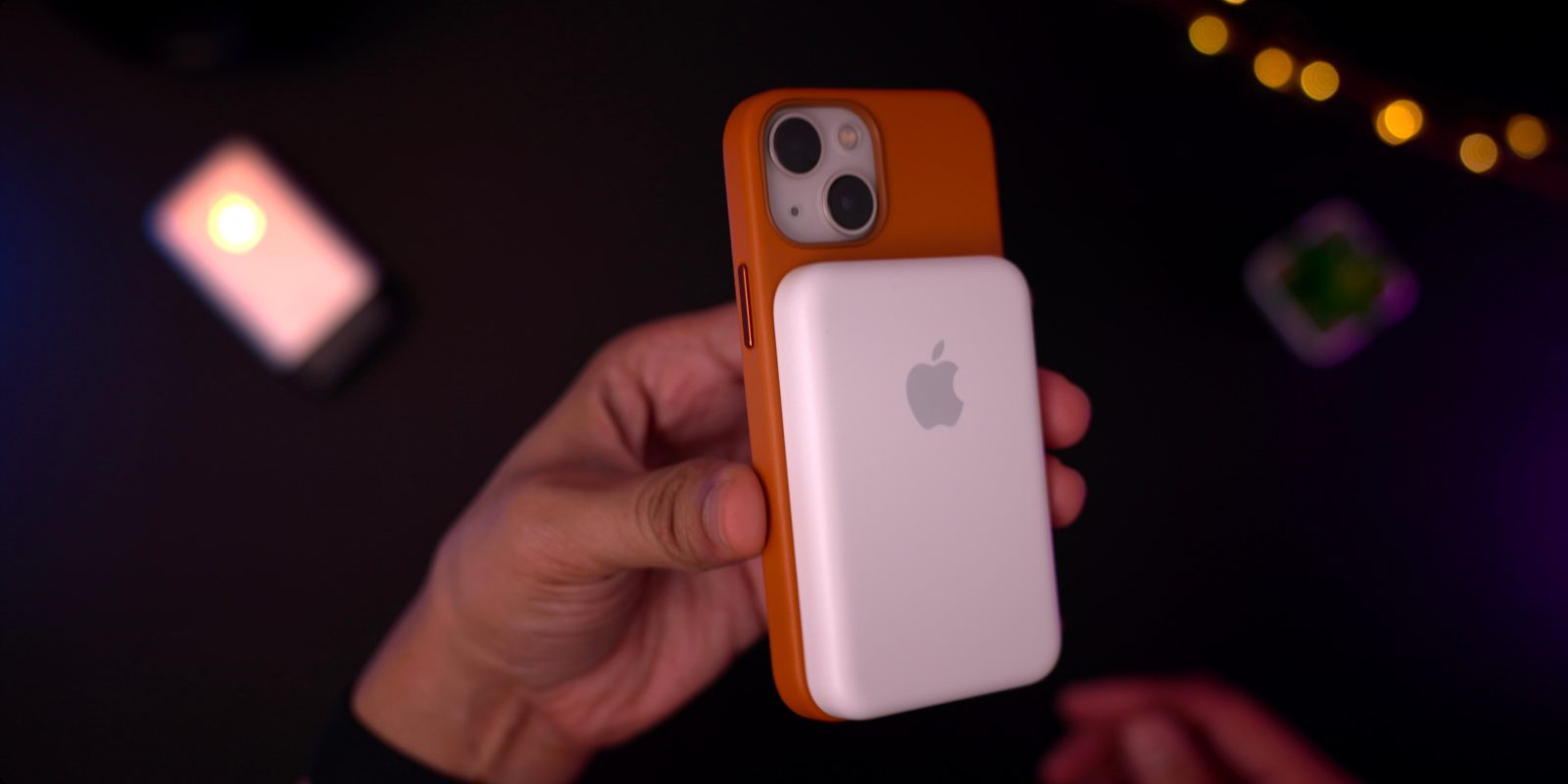 Heading into the weekend, all of today’s best Apple deals kick off with an official MagSafe Battery Pack discount. That’s alongside a series of Anker’s iPhone essentials from $11 and the first-ever Wemo HomeKit Smart Plug with Thread price cut. Hit the jump for all that and more in the latest 9to5Toys Lunch Break.

Amazon is now offering the Apple MagSafe Battery Pack for $90. Normally fetching $99, you’re looking at the second-best discount of the year and the lowest since a 1-day price cut in March where it was $2 less. Designed for both of Apple’s most recent iPhone 12 and 13 handsets, the official MagSafe Battery Pack provides some extra power while on-the-go.

Magnetically attaching to your device, a new firmware update that went live earlier in the week allows it to ditch out 7.5W of power from the internal battery; then when plugged into the wall with a USB-C cable, it will unlock the full 15W MagSafe charging speed. It has a slick white plastic shell that will work with everything from Apple’s mini handsets all the way up to its Pro Max releases. Dive into our first impressions post for a closer look.

Anker is celebrating the weekend’s arrival by launching its latest Amazon storefront sale today with a collection of discounted smartphone accessories and more up for grabs. Shipping is free for Prime members or in orders over $25. Leading the way this time around is the Anker Nano Pro 20W USB-C Charger at $15.99 when clipping the on-page coupon. Down from $20, you’re looking at a new all-time low at 20% off while beating our previous mentions by $1.

Given that all of Apple’s latest smartphones, iPhone SE 3 included, don’t come with a wall adapter in the box, Anker’s latest and most compact charger yet seems like the ideal solution. The Nano Pro comes in one of five colors to complement your setup and sports 20W power output over the single USB-C PD port. Our hands-on review offers a better idea of what to expect. But then check out all of the other deals from $11 right here.

Amazon now offers the new Wemo Smart Plug with Thread for $23. Normally fetching $25, this is delivering the very first price cut on the all-new release. Upgrading Wemo’s existing and already popular smart plug with Thread support, the new version delivers HomeKit support out of the box.

On top of being able to bark commands at Siri to turn lights on or off, this smart plug being outfitted with Thread and Bluetooth means that it is future-proof thanks to support for the upcoming Matter smart home platform. Everything is packed into a single outlet design that won’t hog the entire receptacle with its miniature form-factor. Dive into our launch coverage for the full scoop.

Equipped with both Bluetooth Thread and Wi-Fi, this Nanoleaf Essentials Lightstrip will pair with your Siri and HomeKit setup right out of the box. The 80-inch strip sports full color illumination for adding a bit of flare behind a TV or monitor, onto a shelf for some extra ambiance, or really anywhere else that could use a pop of color. We took a hands-on look at what to expect in a review last year, as well.

Adorama is now offering the DJI OM 4 SE 3-Axis Smartphone Gimbal for $99. Normally fetching $119, you’re looking at only the second discount to date and a match of the all-time low at $20 off. Having launched last fall as a new affordable variant of DJI’s popular smartphone stabilizer, its OM 4 SE delivers all of the signature features without some of the more premium inclusions in order to arrive at a more affordable price.

Further accentuated by today’s deal, this budget-friendly package features ActiveTrack 3.0 technology as well as a series of other videography modes, the gimbal itself has a companion tripod and magnetic smartphone mount. Over at DroneDJ, our launch coverage offers some extra insight into what to expect, too.