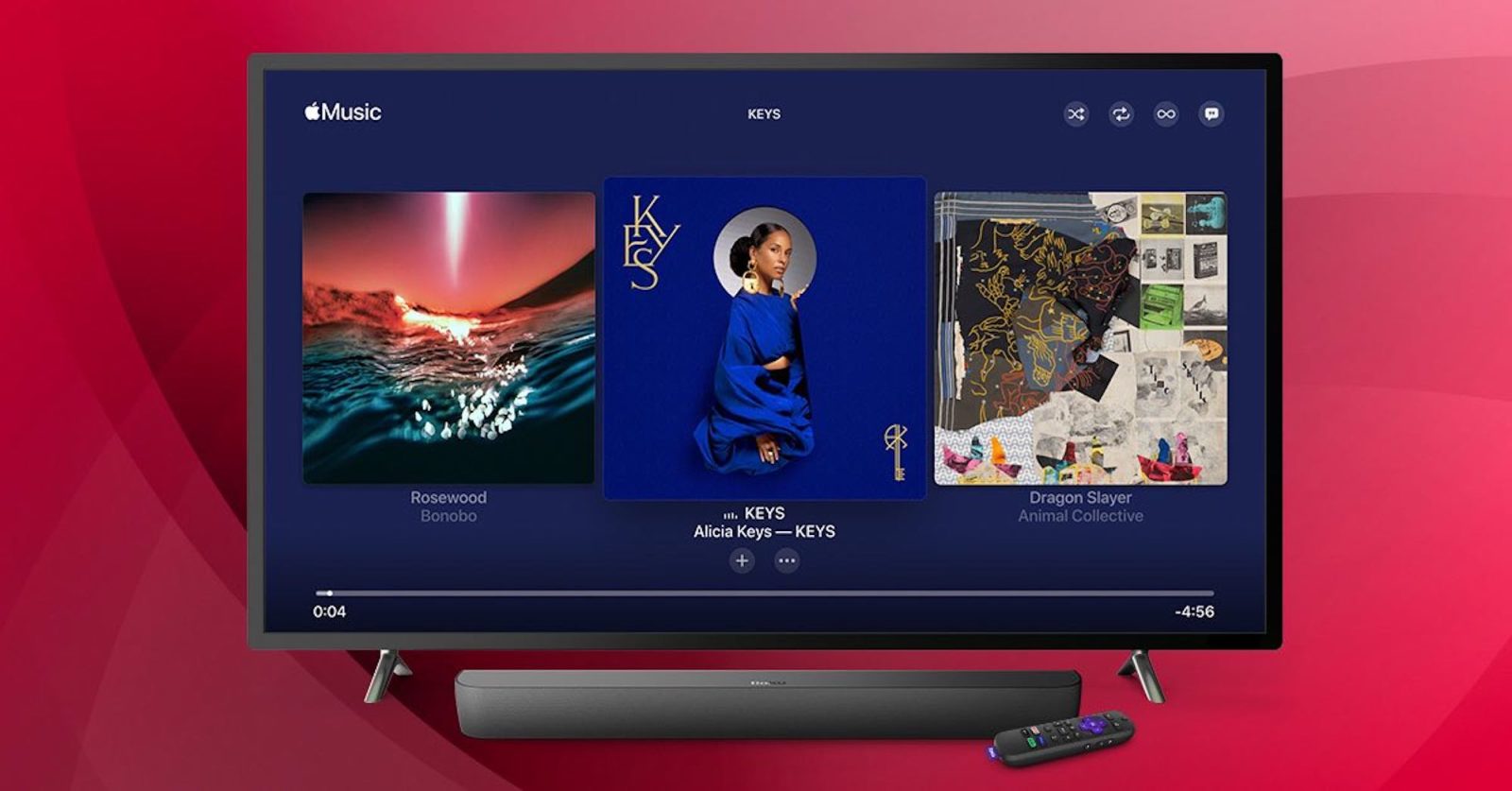 After adding support for Apple TV+ back in 2019, Roku is expanding the availability of Apple services with the addition of Apple Music. The streaming company announced today that the full Apple Music experience is now available on Roku devices, including streaming players, Roku TV devices, and Roku premium audio devices.

In a press release, Roku detailed that the Apple Music experience on its devices includes full support for 90 million songs, playlists, and more. There’s even support for live lyrics, 4K streaming of music videos, and Apple Music Radio.

Starting today, Roku users can access over 90 million songs and 30,000 expert-curated playlists for any occasion, ad-free on the Apple Music app. In addition, Roku users with an Apple Music subscription can live stream today’s hits, classics, and country with the award-winning Apple Music Radio, as well as listen to songs, albums, and playlists from their own music library. The Apple Music app also allows users to watch music videos in 4K on compatible devices and sing along to their favorite songs with time-synced lyrics. Subscribing users will also gain access to Apple Music original shows, concerts, and exclusives, as well as personalized recommendations.

This isn’t the first time Apple Music has expanded to the living room. The service is also available on platforms such as gaming consoles, Samsung smart TVs, and more. Roku, however, is one of the most ubiquitous smart TV platforms on the market, so this is likely to be a very notable expansion for Apple.

Apple Music access on Roku devices is rolling out today. You can find the Apple Music app by heading to the Roku channel store, where you can also unlock a free one-month trial. And of course, if you’re already an Apple Music subscriber, you can simply log-in with your details.

Are you planning to try out the Apple Music experience on a Roku devices? Let us know down in the comments.