Intel Meteor Lake chips may be made by TSMC, as it seeks to rival Apple’s M1 chips 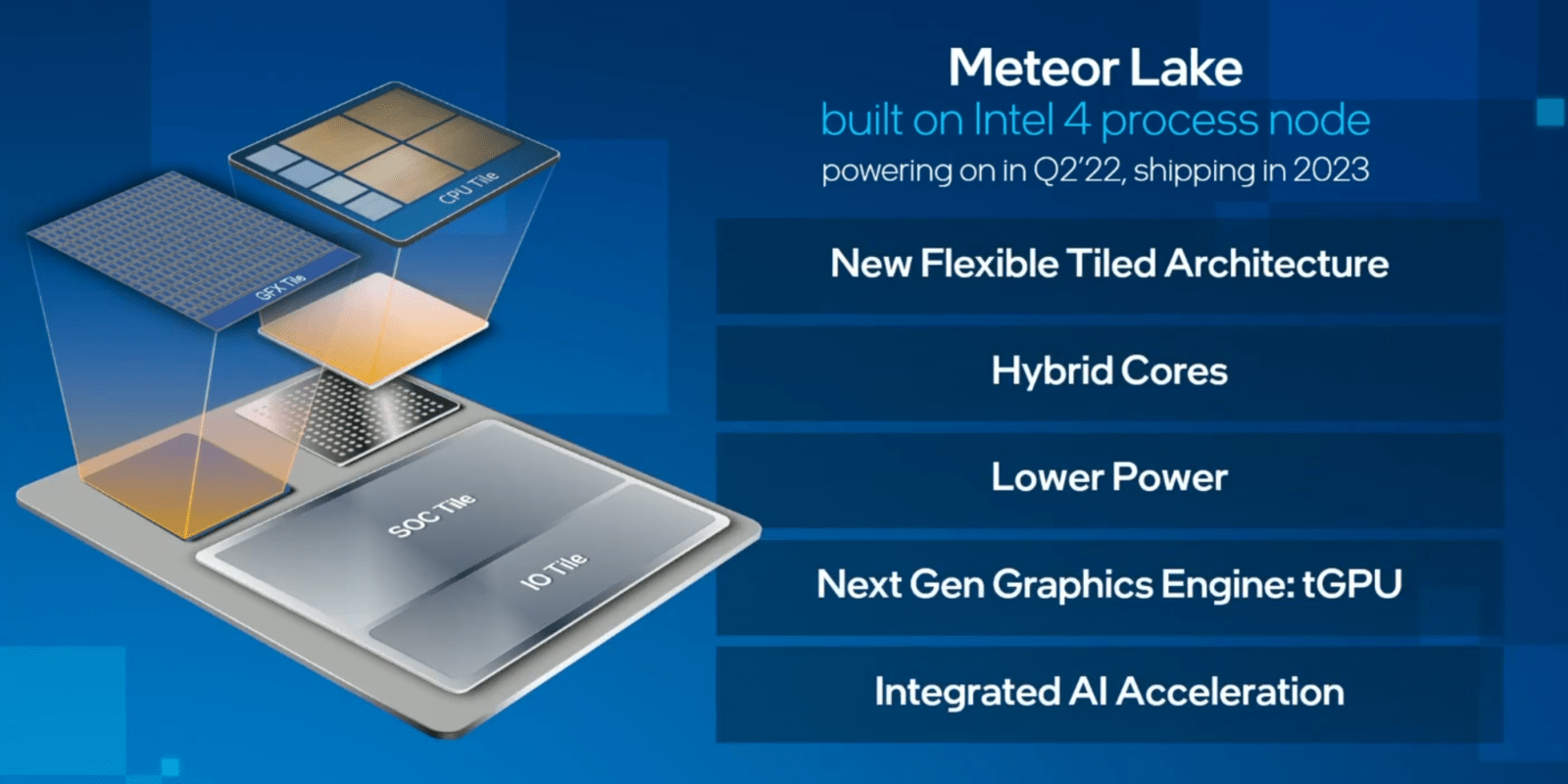 Intel last week provided an update on its 14th-generation Meteor Lake processors due to launch next year, but it seems that there may have been a crucial change to the company’s plans.

Intel has said as recently as last week that it would fabricate the chips itself, using a 7nm process, but a supply-chain report today claims that the company will instead outsource the work to TSMC, so it can benefit from the same 5nm process used for Apple’s M1 chips …

Apple was said to have grown increasingly frustrated at the timing of Mac launches being effectively dictated by Intel’s timeline for new CPUs. Additionally, multiple quality problems with intel’s Skylake chip in 2015 is reported to have been the final straw in Apple deciding to switch to its own processors.

Although Intel had known for years that the day was coming, it seemed to have its head in the sand when it came to its expectations of Apple Silicon. The company didn’t expect the first generation of Apple’s Mac chips to so dramatically out-perform its own offerings, and had no idea how to respond.

Indeed, Intel’s responses appear to have been generated by a Magic-8 ball. The company dismissively described Apple as ‘a lifestyle brand’; it mocked Apple in multiple ad campaigns; it decided it would make ARM chips; it said it could overtake Apple Silicon (a claim which lasted all of one day); then it said it could win back Apple business.

But while the company kept claiming it had the chipmaking chops to beat Apple-designed TSMC-fabbed ARM-based processors, it also kept toying with the idea of outsourcing some production to its Taiwanese rival. Indeed, some reports went as far as saying this has already been happening for well over a year now.

Intel first announced plans for its 14th-generation CPUs last year, branded Meteor Lake. The company stated at the time that these would be fabricated in-house using the company’s own 7nm process (which it rebranded as Intel 4, to make it sound more advanced than TSMC’s 5nm process).

The US chipmaker gave an update last week, stating that it had officially powered-up a prototype of this chip. Intel described this as ‘our first disaggregated product,’ which is another way of describing a similar system-on-a-chip design to that used in Apple’s M1 chips.

Meteor Lake chips may be made by TSMC

However, a Digitimes report today claims that Intel is now considering plans to outsource chip fabrication to TSMC, so that it can take advantage of the Taiwanese company’s 5nm process.

Intel is evaluating a revision to its blueprints for the 14th Gen Core “Meteor Lake” CPUs by turning to TSMC’s 5nm process family to manufacture all of the integrated chips, according to industry sources.

If Intel does indeed take this approach, it would amount to an embarrassing admission that the company cannot match the chip-fabrication capabilities of its Taiwanese rival, and needs TSMC’s smaller process to have any hope of matching Apple’s M1 chips.

The efficiency of Intel’s design will determine just how close Meteor Lake processors are able to get to the performance and power efficiency of Apple’s M1 chips.

However, even if Intel does go this route – and it’s so far a single uncorroborated report – Apple is already working on M2 and M3 chips. The company’s close relationship with TSMC, accounting for about 25% of the chipmaker’s business, is likely to mean that Apple gets first access to each new generation of the Taiwanese company’s tech. This would make it challenging for Intel to catch up, regardless of its outsourcing plans.