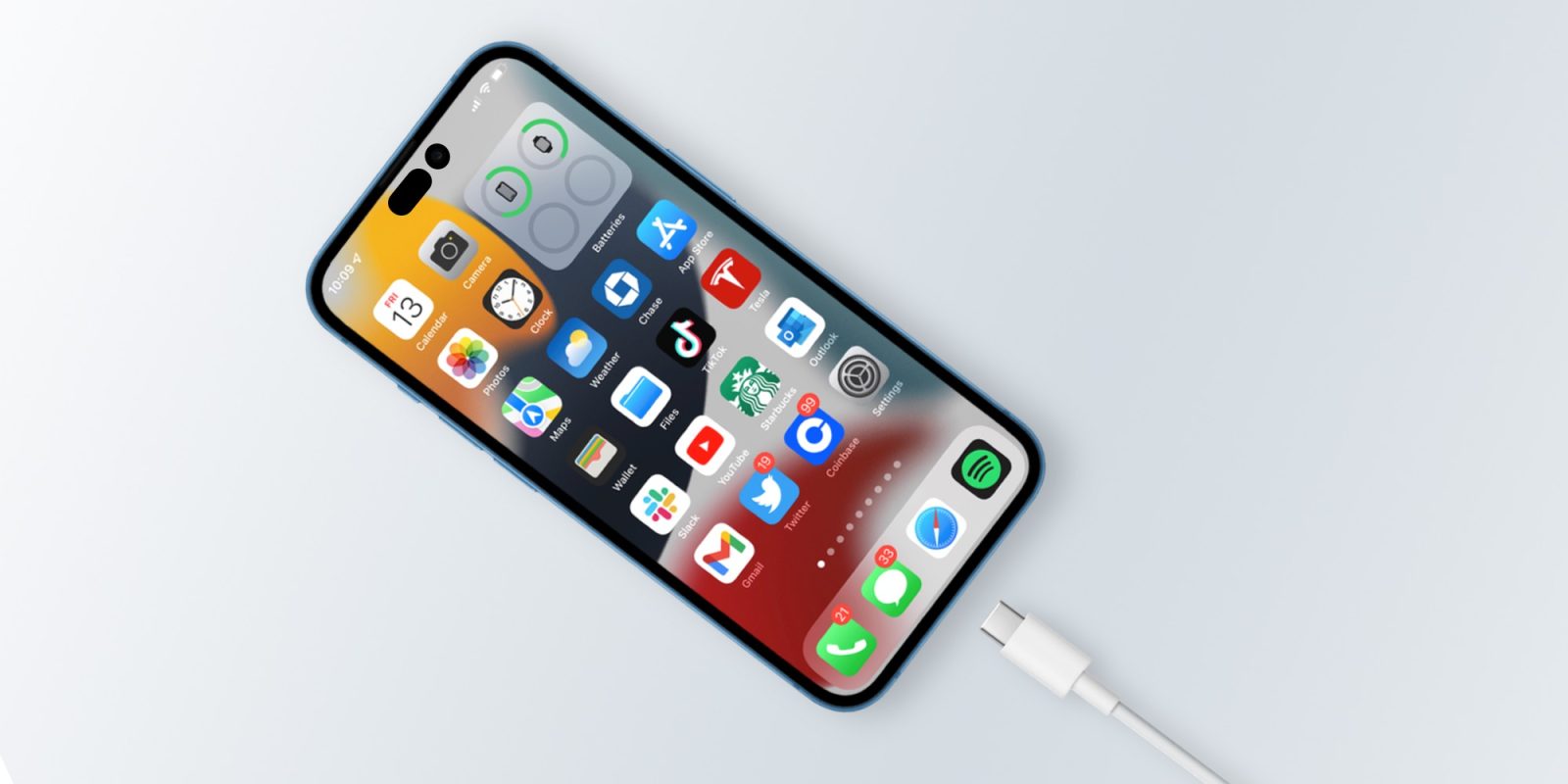 Supply chain analyst Ming-Chi Kuo shared two days ago that evidence points to Apple replacing its own Lightning charging port with the universal USB-C connection. Today a second report from a reliable source, this time Bloomberg, adds that Apple is internally testing an iPhone design with USB-C.

Apple introduced its Lightning connector with the iPhone 5 in 2012, replacing the more cumbersome 30-pin dock connector with a smaller and reversible plug. A decade later, Apple is still expected to rely on Lightning for the iPhone 14 lineup later this fall.

However, Apple has moved most of the iPad lineup from Lightning to USB-C, and MacBook computers have used USB-C charging for over five years. Apple also uses USB-C across all of its device chargers — including on new iPhones.

Matching what Ming-Chi Kuo predicted earlier this week, Bloomberg reports that while Apple is internally testing an iPhone design with USB-C in favor of Lightning, the change won’t come before next year. That puts the change on the so-called iPhone 15 lineup that would likely arrive in September 2023.

The report cites pressure from regulators in Europe that could force Apple to adopt a standard used by other smartphone makers as one reason for investigating the switch.

Data transfer speed could be another factor. Improvements to USB-C transfer speeds could mean less engineering work for the company that has been slow to keep Lightning competitive from a performance perspective. Apple is rumored to boost Lightning data transfer rates to USB 3.0 starting with the iPhone 14 Pro this fall, but iPads using USB-C already appreciate the benefits of quicker transfer rates.

Bloomberg also mentions that Apple is developing a Lightning to USB-C adapter to keep compatibility between connection types.