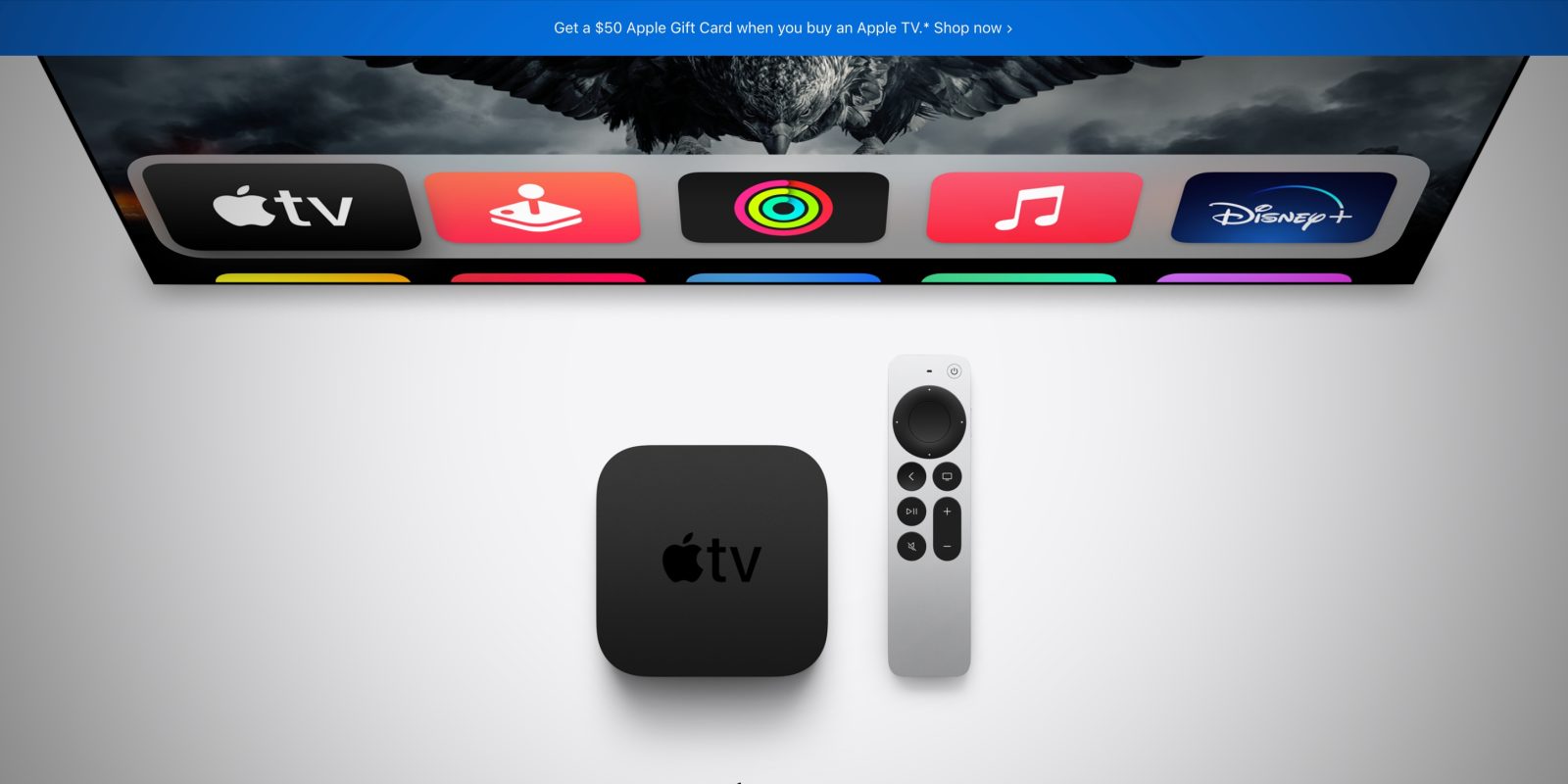 In a rare move, Apple today launched a special Apple Store promotion in the United States. You can now buy either the Apple TV 4K or Apple TV HD and get a $50 gift card with your purchase. The price of the Apple TV box is unchanged; $179 or $149 respectively.

Customers looking for raw value for money will probably still prefer a sub-$50 streaming stick from competitors like the Amazon Fire Stick, however. A $50 gift card is nice assuming you were planning on buying an Apple TV already, but be aware you only have two weeks to take advantage of the deal.

The promotion runs from July 1 through July 14, so you only have two weeks to take advantage of the pseudo-discount. You cannot use the gift card to reduce the purchase price of the Apple TV upfront, it must be kept to be used for any future purchase from Apple.

To get the gift card, you must be an individual buyer and purchase an Apple TV at the Apple Online Store, or at Apple retail stores. Resellers will not be participating in the promotion.

The Apple TV set-top box has long been criticized as too expensive, with streaming sticks from rivals available at a quarter of the cost. In fact, the Apple TV HD has been on sale — effectively unchanged — since 2015 at the same $149 price as when it launched.

An effective $50 discount does help soften the blow somewhat, although perhaps customers may be better off waiting until the fall, as the rumored new Apple TV coming in the fall is also reportedly going to be sold at a cheaper price.

Apple Store promotions of this ilk are rare. Perhaps, Apple is trying to sell existing inventory before the hardware refresh arrives in the fall. Mark Gurman at Bloomberg recently reported that the new Apple TV will feature a faster A14 chip, with 1 GB extra RAM compared to the current Apple TV 4K.