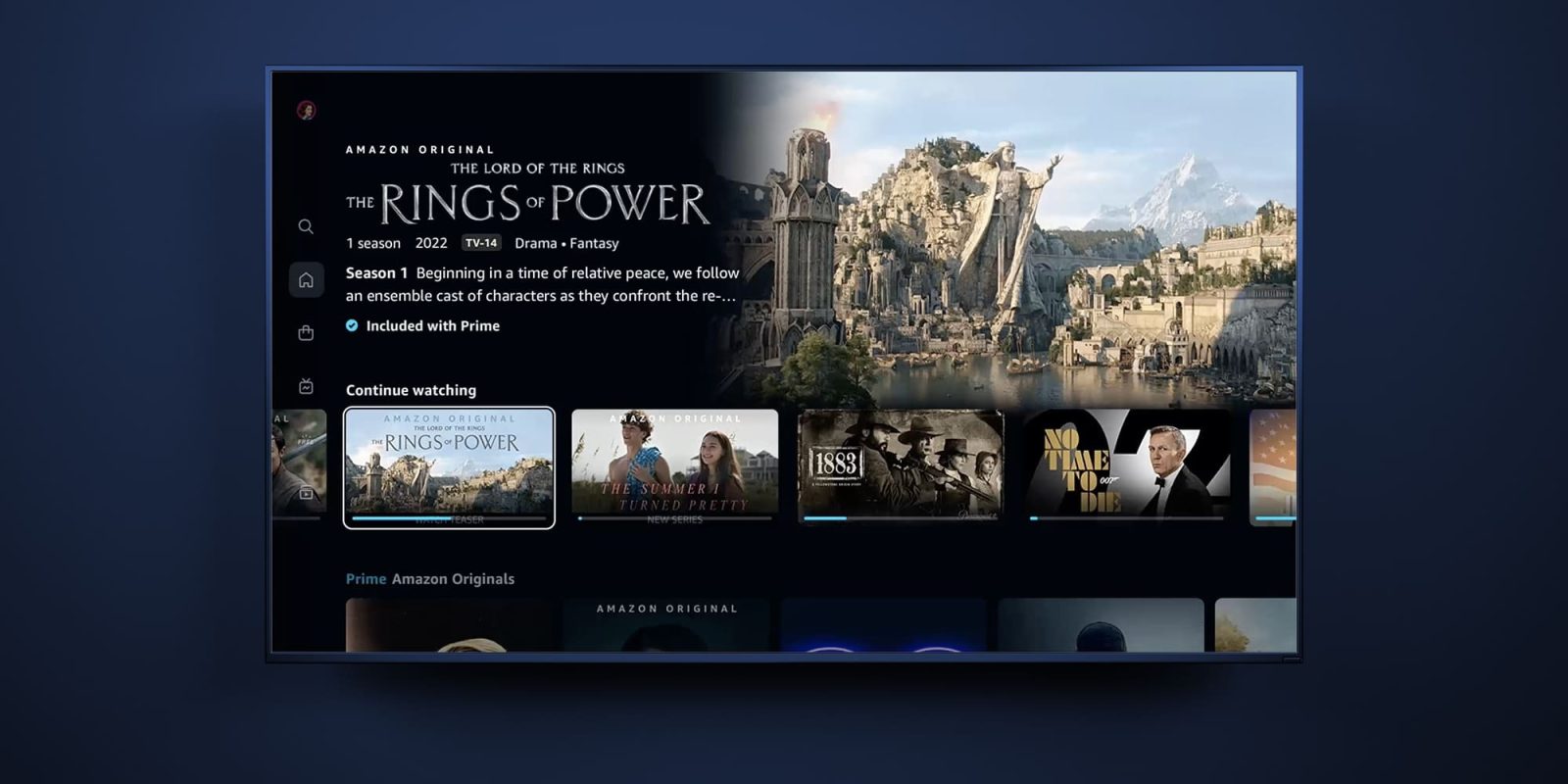 Amazon Prime Video will soon receive its biggest update in years, with a very Apple TV app-like with carousel and sports tab. While the iPhone and iPad version will land later this year, Apple TV users will be able to experience this redesign later this week alongside Fire TV and Android app users.

With a more user-friendly navigation menu, the Prime Video streaming service will be easily accessible. With its navigation menu on the left side of the screen, it will launch with six primary pages: Home, Store, Find, Live TV, Free with Ads, and My Stuff.

Customers will also have sub-navigation options to browse content such as “Movies,” TV Shows,” or “Sports.”

Just like Apple TV+ is betting on live sports, Amazon Prive Video will make it easier to find sports programming such as NFL Thursday Night Football this fall.

“Home will contain a Sports sub-navigation menu. Also, the new Live TV page functions as a hub for streaming stations, including live sports and events,” says Amazon in a press release.

Another Apple TV app-like approach comes with a new carousel feature which not only presents videos with richer and more cinematic imagery, but also enable customers to quickly find something to stream thanks to its “Top 10 Chart” and other options.

Prime Video new design also makes it easier for customers to tell what content is included with their Prime membership versus what is available to purchase, something the current app makes very difficult to understand. New visual cues indicate which videos are included for users with a blue checkmar icon and which are available to rent, buy, or subscribe.

Last but not least, Prime Video has an immersive visual and a new Find page, which simplifies the search experience giving users the option to search for a specific title or explore different genres and collections.

The new Prime Video app will be available as a free update later this week for Apple TV users. The redesigned version for iOS is coming later this year.