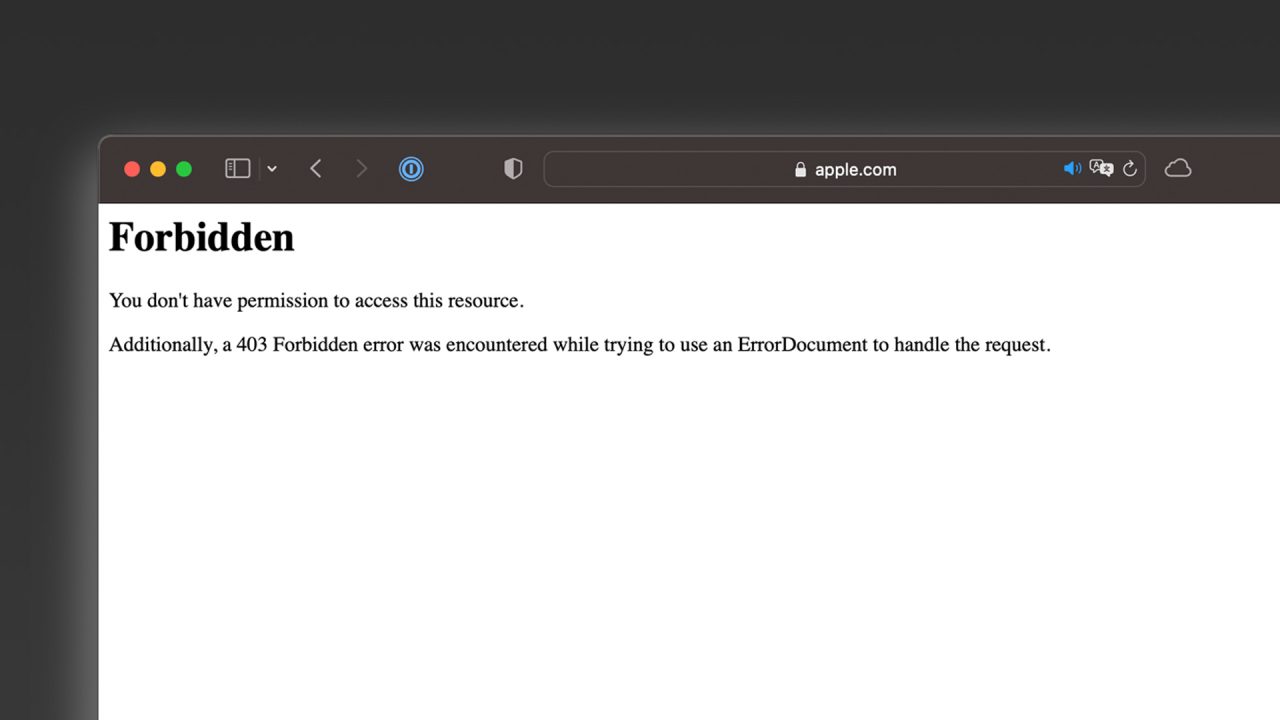 Apple’s official website is currently down, and this time it’s not about a new product launch. This follows an outage that affected App Store services earlier this week just after iOS 16 was released to the public.

Update: The website is back online. You can read the original article below.

At first, Apple’s main webpage was still loading, but without any images. However, Apple’s official website now returns a 403 error with a message saying, “You don’t have permission to access this resource.” The outage affects the company’s webpage for the US and also other countries.

It’s unclear at this point what exactly is going on with Apple’s website. The only part of the website that seems to be working normally is the Apple Online Store.

Last week, the Apple Store servers also went through some major issues right after the start of the iPhone 14 pre-orders. Many customers were unable to complete the checkout or trade-in process in time, which resulted in them getting increased delivery estimates once the issue was fixed.

On social networks, some users have also noticed that the company’s servers are slower than usual since the release of iOS 16. Not only does the update take hours to download to the device, but installing apps from the App Store is also taking longer. According to Apple’s System Status webpage, no outages have been confirmed by the company so far.

Have you also noticed that Apple’s website is down? Let us know in the comments below.