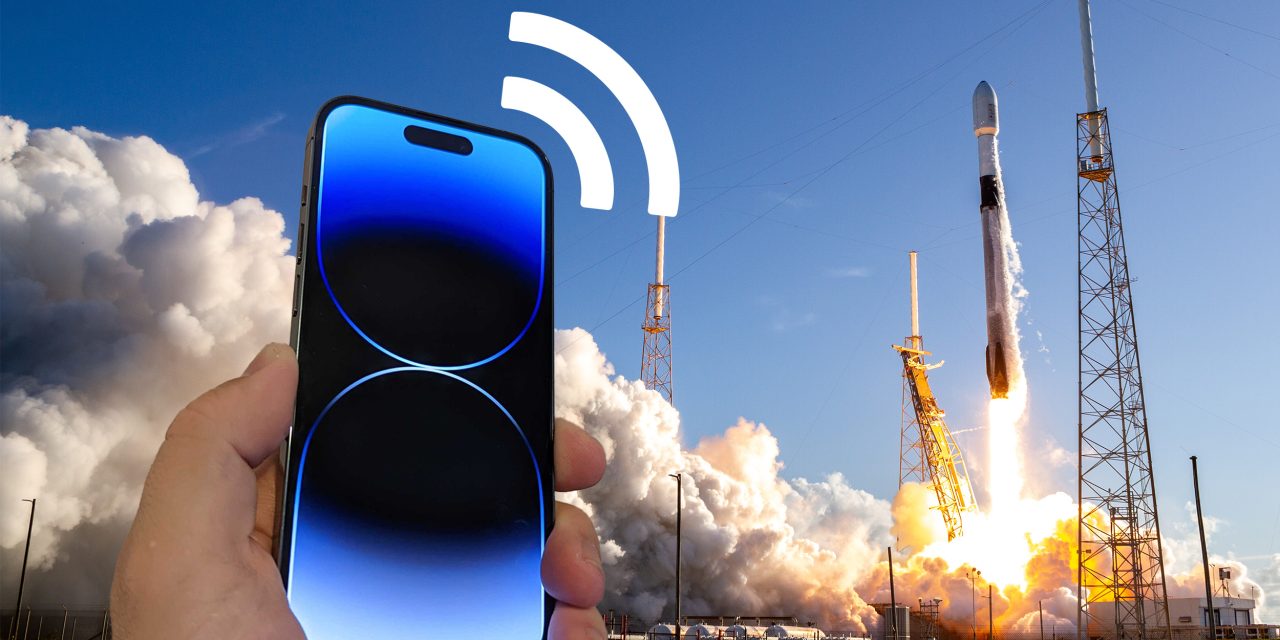 At their Far Out event, Apple announced that satellite connectivity will be available on the iPhone 14 lineup. But a few weeks earlier, SpaceX and T-Mobile made an announcement that they will be bringing satellite-based connectivity to basically any 5G phone. So, how do these two services compare, is one better than the other, and should it affect your decision on which phone to go with?

Satellite communication is hard. There’s a reason satellite internet services like Starlink use a large a terminal on the ground and large antennas in space to connect with them. SpaceX and Apple have taken some very different approaches to offering satellite connectivity. With SpaceX and T-Mobile’s joint service, they will make use of hundreds of massive antennas up in space to send and receive signals from standard phones with just a normal 5G modem. This requires more advanced infrastructure up in space, but it has the advantage of allowing you to use your existing cell phone.

Apple doesn’t have the same leg-up in spaceflight that T-Mobile does through its partnership with SpaceX, but Apple has partnered with Globalstar. Globalstar has existing satellites in orbit, which users can connect to with a new directional antenna in iPhone 14 line. This requires the user to aim the phone at a specific satellite to connect.

While SpaceX and Apple have both billed their services as lifesaving in extremely rural areas, SpaceX’s service will be far more helpful for the average consumer before a potentially life-threatening situation. Once it’s available, the company will allow standard text messages over the satellite connections. In time, they hope to expand to allow phone calls as well.

Apple, meanwhile, has pitched their satellite connectivity purely as an emergency form of communication. You can’t make standard phone calls or texts, but rather, after a failed call to emergency services due to a lack of connection, you will be presented with an option to send an emergency text via satellite. You will answer a few simple questions on screen to help describe your situation, then the messages, along with your Medical ID, emergency contacts, location, and the battery percentage of your phone will be shared to a local emergency dispatch center. If the center local to your location doesn’t support texting, Apple will have call centers that will place a voice call for you. Apple will also support updating your location on Find My via the satellite connection.

Emergency SOS via satellite will be made available through an update to iOS 16 on the iPhone 14 line in November of 2022. By comparison, Elon Musk said at the announcement event that the earliest version of their service will launch in “late 2023.” That is probably an optimistic timeline, and it will take time for the service to continue to improve.

Apple’s emergency SOS via satellite is only available within the US (including Puerto Rico and the Virgin Islands) and Canada. SpaceX and T-Mobile’s service will be limited to the continental US and Hawaii, and parts of Alaska, Puerto Rico, and territorial waters. During their launch event, SpaceX and T-Mobile seemed eager to partner with other carriers around the world to use parts of their spectrum to expand connectivity further. If further partnerships take place, this coverage area could continue to expand to new countries. Similarly, Apple seems eager to expand the service locations beyond North America quickly.

In order to offer its satellite service, Apple has partnered with Globalstar, a company operating a constellation of 24 satellites in low-Earth orbit for satellite phones and low-speed data connections. Their satellites essentially retransmit the signal that they receive so that a station on the ground can pick up the signal.

Like “bent-pipes” or mirrors in the sky, the Globalstar satellites pick up signals from over 80% of the Earth’s surface. Our satellites transmit customer signals via CDMA technology to antennas at the appropriate terrestrial gateway, then the signals are routed through the local networks.

T-Mobile and SpaceX will make use of the companies second generation Starlink satellites; these satellites will be much larger and will launch using the company’s Starship rocket starting next year. That rocket has yet to reach orbit, and it is necessary to launch the larger V2 satellites, which would not fit into the company’s workhorse rocket, the Falcon 9. These V2 satellites will have additional nearly 25 square meter antennas specifically designed to be able to connect with the small, lower power 5G cell phones on the ground. While Starlink is known for offering high speed connectivity in remote areas, that won’t be the case for the cellular connection they offer, as at the presentation Musk said they they will only have two to four megabits of bandwidth for each cell area, which could have thousands of people in it.

In the long term, there is the potential for SpaceX to expand to even more remote locations, even far away from any ground stations. These satellites will have laser-based communication between them that will allow the satellites to send information to each other, rather than having to repeat it directly back to a ground station. This signal could then “hop” between satellites before reaching one with a connection to a ground station.

I find it hard to consider SpaceX and T-Mobile’s offer a “competitor” to Apple’s – or vice-versa. With how long it will be until SpaceX’s connectivity is online, it should hardly affect anyone’s buying decisions right now. And in the long term, choosing to go with an iPhone now won’t stop someone from joining T-Mobile’s network to make use of their partnership with SpaceX, so theoretically someone could have both SpaceX’s satellite connectivity and Apple’s Emergency SOS via satellite.

SpaceX CEO Elon Musk even teased some “promising conversations” with Apple on Twitter, but exactly how any partnership between SpaceX and Apple would work remains to be seen. Either way, it is a promising time for connectivity, as, soon, rather than requiring a special satellite phone, any iPhone 14 user can reach out for help from anywhere in the US, and within a year or two that should be possible from any cell phone.