Twitter rolling out ‘Edit’ button for Blue subscribers, but only if you live in these countries [U: Now in the US] 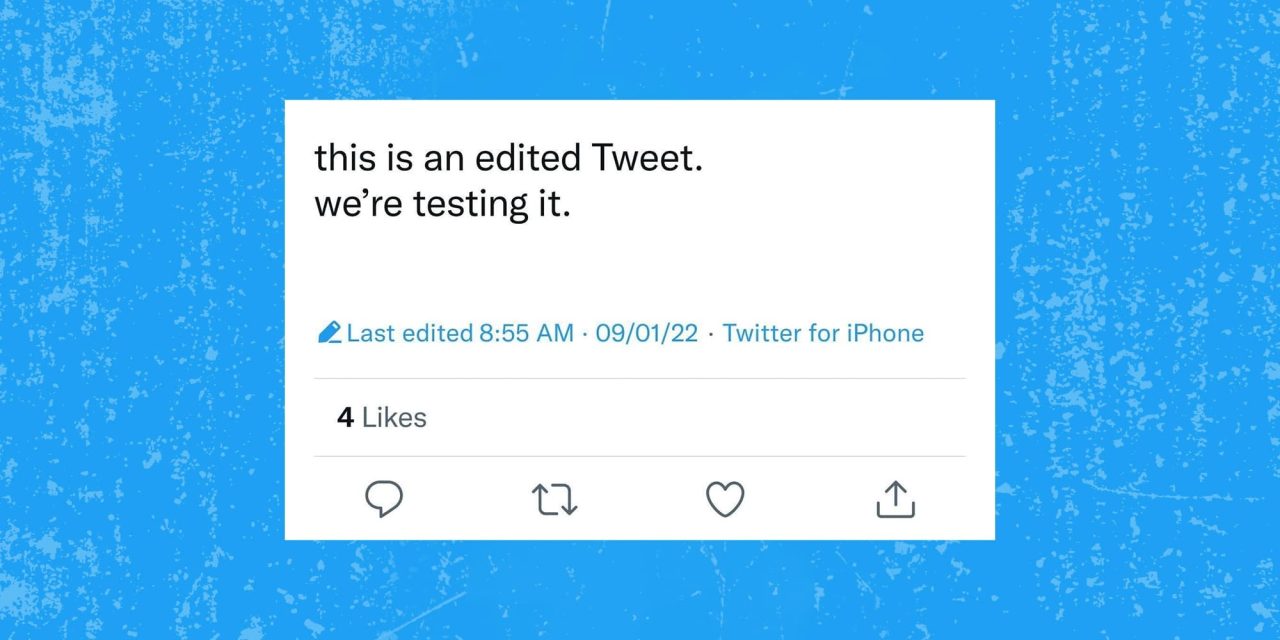 Earlier this year, Twitter confirmed that it is finally working on the long-awaited “Edit” button. After a brief public demonstration of how this feature will work, Twitter is now rolling out the option to Twitter Blue subscribers to edit tweets – but only in select countries.

The company says that the “test went well” and that the new option will be made available to Twitter users in the US “soon.” However, no schedule has been detailed.

Last month, Twitter told 9to5Mac that the company took its time to get the new feature right. Now, Twitter will pay attention to how people are using the new feature and its impact on the way users read and write tweets before making the “Edit” button available to everyone.

It’s worth noting that the new feature to edit tweets has some limitations. For example, users cannot edit tweets 30 minutes after they’ve been published. There’s also a limit to the number of times each tweet can be edited, and Twitter will show a history of previous versions of that tweet. Third-party Twitter clients using the new API v2 will also have access to the metadata of edited tweets.

For those unfamiliar, Twitter Blue is a service offered by Twitter that unlocks exclusive features such as the ability to quickly undo a just-sent tweet and theme options within the app. It also lets users try out new features before they become available to the public, such as the new “Edit” button.

In the US, the Twitter Blue subscription costs $4.99 per month. Prices vary by country.