Check out the first iPhone apps that support Live Activities and Dynamic Island with iOS 16.1 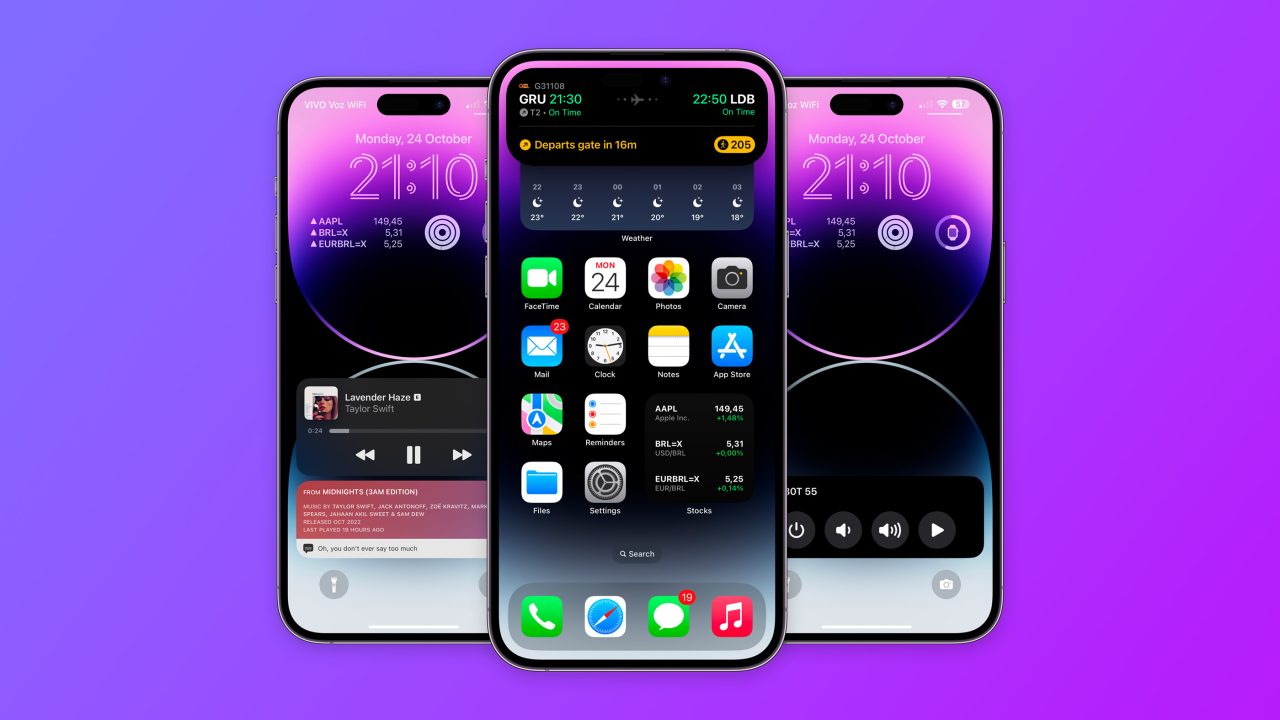 Apple on Monday released iOS 16.1 to the public, and among the new features and improvements that come with the update, this version introduces an API for Live Activities on the lock screen and for the Dynamic Island on iPhone 14 Pro. Read on as we detail the first iPhone apps to support these features with iOS 16.1.

For those unfamiliar, Live Activities is a feature available for all iPhone models running iOS 16 that shows useful app information right on the lock screen. At first, only a few Apple apps, such as Music and Clock, had Live Activities. But with iOS 16.1, developers can also integrate their apps with this feature.

Flighty is a great iOS app that helps users keep track of all their upcoming flights through a beautiful and intuitive interface. With its latest update, Flighty can now automatically show details about your upcoming flight right on the lock screen of your iPhone three hours before departure. Flight status can also be quickly viewed on Dynamic Island by iPhone 14 Pro users.

Flighty is available for free on the App Store, although some features require a subscription. The app also works with iPad and Mac.

Carrot Weather is a popular iOS and macOS app that shows the weather forecast in a fun way. The new version of the app lets users check details about specific alerts, such as the possibility of rain, directly from the lock screen of their iPhone or Dynamic Island.

The app is also available for free on the App Store, but some features (including access to Live Activities) require a subscription. Carrot Weather is also compatible with the iPad and Apple Watch.

SmartGym is known for helping iPhone, iPad, and especially Apple Watch users track their workouts with details about weightlifting, bodyweight workouts, and more. The new update supports Live Activities to show details of a workout in progress right on the iPhone lock screen or Dynamic Island.

The latest SmartGym update also optimizes the app to work with Apple Watch Ultra and the new Action Button. SmartGym is a free download for iPhone, iPad, Apple Watch, and Mac from the App Store with in-app purchases for the Premium plan to unlock all of the app’s features.

Aviary is a third-party Twitter client for iOS, macOS, and even watchOS. Recently, the app has been completely rebuilt with a more modern interface. Now the app has been updated with support for edited tweets as well as a Live Activity and a button on Dynamic Island to “Undo Tweet.” If you wrote something wrong or regret that tweet, you can quickly cancel it.

Aviary is available on the App Store for iPhone, iPad, Mac, and Apple Watch. The app is free to download, but it requires a paid subscription.

Soor is one of many apps that extend the functionality of Apple Music for iPhone and iPad users. It works as a complete replacement for the native Music app on iOS. The new version of Soor now lets users see song lyrics in real time with Live Activities and Dynamic Island.

The app is available on the App Store as a one-time purchase of $6.99, which unlocks the full experience on both iPhone and iPad.

TV Remote is a simple but useful iOS app that lets users control their Smart TVs directly from an iPhone or iPad. Earlier this year, the app was updated with theme options, custom layout, and widgets. Now TV Remote also works with Live Activities, so it shows quick access to some remote control buttons right from the iPhone lock screen or Dynamic Island.

TV Remote 2 is now available for free on the App Store. However, in order to unlock some of the features such as themes and widgets, users must subscribe to TV Remote Premium.

Pestle lets users import recipes from any website, and the app turns them into a step-by-step process automatically. The app will then scan the recipe for ingredients, steps, nutritional information, and more. With its latest update, Pestle shows the current step of a recipe with a timer right from the lock screen or Dynamic Island for those with an iPhone 14 Pro.

You can download Pestle for free on the App Store, although some features are only available through in-app purchases.

Apple also teased some other apps that will soon work with Live Activities, such as Uber, Lyft, and Starbucks – but these are yet to be updated.

Are there any other apps compatible with Live Activities and Dynamic Island that we haven’t mentioned? Let us know in the comments section below.