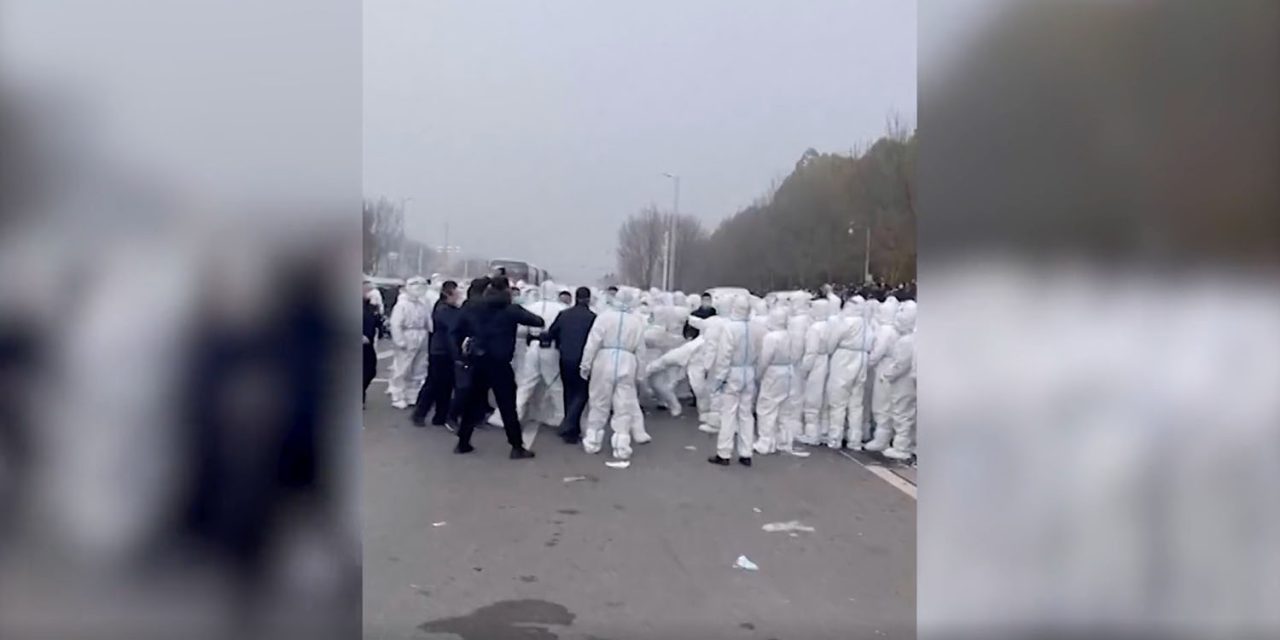 Foxconn admits it made a “technical error” that resulted in newly recruited iPhone workers being paid less than they had been promised. The admission follows violent clashes between workers and police at the world’s largest iPhone plant in Zhengzhou, China.

The company has pledged to correct the error for those who stay, and has offered compensation to any new recruits who no longer want to work there …

The mess started when there was a COVID-19 outbreak inside Foxconn’s biggest iPhone assembly plant in Zhengzhou – also known locally as iPhone City.

At the time, the company claimed that the situation was under control, though this meant already-tough closed-loop production rules were made even tighter. This included closing canteens, and very tight control of where workers were allowed to go within the facility.

It wasn’t long before workers complained that infections were continuing to spread within the plant, and that there wasn’t enough food and medication. Significant numbers chose to break out of the plant, and return to their home towns.

Foxconn initially offered bonuses to persuade workers to stay, and then increased them up to ten-fold when this didn’t work. Infections continued to spread, and the plant was placed on an even more stringent lockdown.

Newly recruited workers complained that they were not being paid the promised bonuses, leading to protests that turned violent. Riot police and armed officers attended, with video appearing to show workers being struck by batons and kicked while on the ground.

The Financial Times reports that Foxconn has now admitted that it made what it describes as a “technical error,” which did indeed see newly recruited workers paid less than was promised by recruitment posters.

“Our team has been looking into the matter and discovered a technical error occurred during the onboarding process,” Foxconn said in a statement. “We apologize for an input error in the computer system and guarantee that the actual pay is the same as agreed [on] the official recruitment posters.”

Compensation offered to those wanting to leave

In addition to promising to correct the pay error, Foxconn has also offered to compensate those recruits who no longer want to work there. The FT reports that it is offering to pay them Rmb10,000 ($1,400), which is the equivalent of one to two months wages.

The payout, intended to cover money owed to new workers for quarantining, transport to the factory and hours worked, was formally issued in notices to workers. Those who take the deal are set to receive Rmb8,000 when they submit their resignation and the remaining Rmb2,000 after boarding buses home.

This appears to have satisfied those who feel they were recruited under false pretences, or are unhappy about the COVID-19 safety arrangements.

The report says that things now appear to be calm at the plant. As we expected, Apple sent a team to the plant.

“We are reviewing the situation and working closely with Foxconn to ensure their employees’ concerns are addressed,” the company said.

Most people in China will be unaware of the incident, as local media is not reporting it, and photos and videos have been removed from social media.