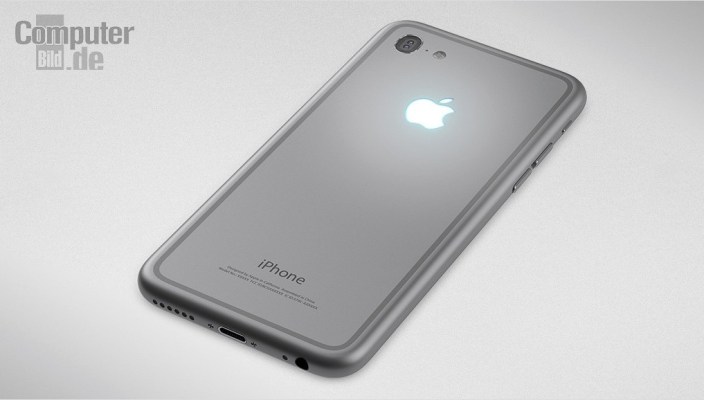 Best known for his realistic 3-D renderings of unannounced Apple products, Martin Hajek has released a collection of images for German publication ComputerBild.de depicting the “iPhone 7,” mixing some plausible ideas with some big stretches.

Hajek imagines that Apple will substantially reuse the iPhone 6 design, tweaking the front to use a larger screen with much smaller bezels. This is accomplished by integrating the Touch ID sensor directly within the display, and moving the ear speaker, FaceTime camera and proximity sensor right next to the iPhone 7’s top edge. On the back, Hajek suggests that Apple could remedy the current models’ unsightly antenna bars by instead using an antenna ring that parallels the edges of the iPhone 7. A dual-lens camera has also been added.

While the dual-lens camera is similar to ones designed by recent Apple acquisition LinX, and could conceivably replace the single-lens cameras found on all previous iPhones, the redesigned Touch ID/Home button and curved-corner screen aren’t likely to happen any time soon.

Regardless, the images provide interesting fodder for discussion. The entire collection of 15 renders can be seen at ComputerBild. There’s also a video…