DisplayMate is out today with a comparison of iPad displays following the introduction of Apple’s new larger 12.9-inch iPad, and the results might surprise you.

While the larger display on the iPad Pro is one of the device’s standout features on Apple’s latest and greatest iPad, the iPad mini 4, introduced alongside the iPad Pro to not quite as much fanfare, actually beats out its bigger sibling in several categories. The iPad Pro, however, does hold its own and DisplayMate’s analysis shows a number of improvements Apple has made to make it one of its best displays for a mobile device yet. END_OF_DOCUMENT_TOKEN_TO_BE_REPLACED 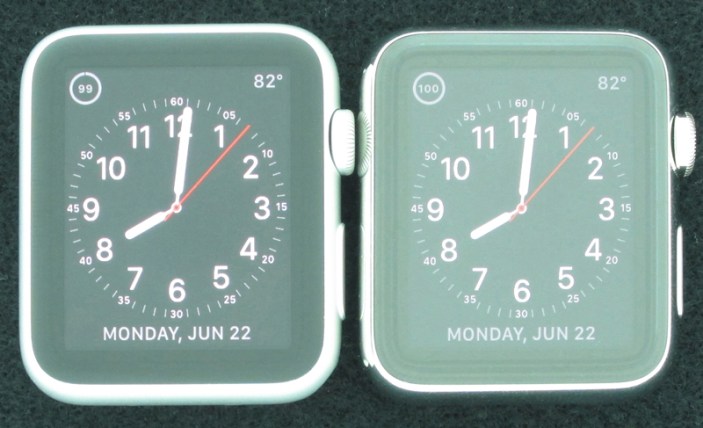 DisplayMate is out with a new report today, this time applying its usual detailed analysis to the different displays that come with the various models of Apple Watch. In case you didn’t know already, Apple is using a sapphire display on its pricier, mid-range collection of Apple Watch, as well as with the higher-end Apple Watch Edition. That’s opposed to the Ion-X glass display on the less expensive, entry-level Apple Watch Sport models. But the report shows a detailed analysis of what many users have already noticed: despite sapphire being more scratch resistant, in many cases the cheaper glass display performs better in terms of screen reflectance and visibility in outdoor lighting: END_OF_DOCUMENT_TOKEN_TO_BE_REPLACED

Gartner today published its third quarter numbers, showing overall growth in the smartphone market and a strong quarter for Apple. Mobile devices overall saw as many as 456 million sold with smartphones taking a 301 million slice of that pie, which comes out to a solid 66% (up 20% from last year). This shift in the market seems to be hurting Samsung and Nokia the most, because while the Korean giant is still leading the pack, this year smaller companies with slimmer margins seem to be taking some of its foothold.

END_OF_DOCUMENT_TOKEN_TO_BE_REPLACED With new evidence today of even further power and cost reduction changes in the Apple TV, it’s also possible Apple could lower the price on the device and/or enable further discounts through retailers (you can now find it as low as $85)… END_OF_DOCUMENT_TOKEN_TO_BE_REPLACED