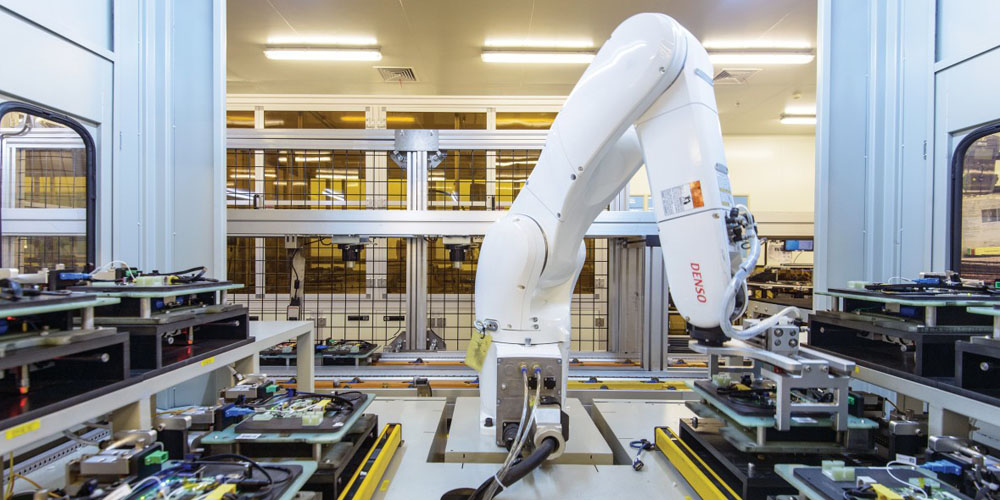 The South China Morning Post reports that iPhone maker Foxconn has replaced more than half of its workforce with robots since the launch of the iPhone 6. The figures were provided by the local government in Kunshan, where the company is based.

“The Foxconn factory has reduced its employee strength from 110,000 to 50,000, thanks to the introduction of robots. It has tasted success in reduction of labour costs,” said the department’s head Xu Yulian …

END_OF_DOCUMENT_TOKEN_TO_BE_REPLACED Foxconn is preparing to enhance its assembly process with a new line of robots, the CEO of the iPhone manufacturer’s parent company said during a shareholder meeting. According to the executive, Apple will be the first company to reap the benefits of the new process, likely indicating that the iPhone 6 will be the first phone to be produced by the new machines.

Each of the planned 10,000 robots will cost the company between $20,000 and $25,000, and will be capable of churning out 300,000 smartphones on average. The machines, which are said to be in the final testing stages now, won’t be available for sale to other companies, according to CEO Terry Gou, as Foxconn will likely not have enough to meet its own needs.

END_OF_DOCUMENT_TOKEN_TO_BE_REPLACED The robots will be used to accomplish basic tasks like spraying, wielding, and assembling. Foxconn currently employs 1.2 million people, therefore one million robots could potentially be a big hit on employment in China. END_OF_DOCUMENT_TOKEN_TO_BE_REPLACED