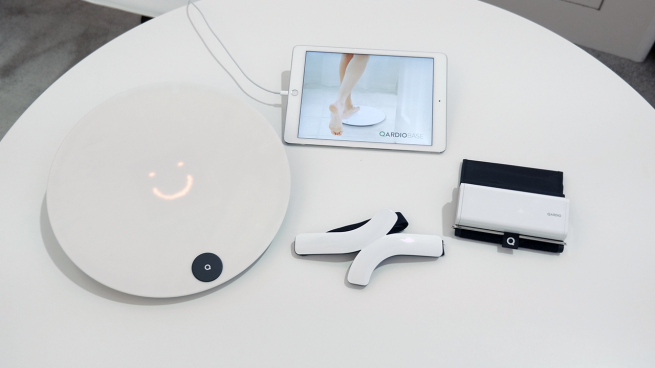 Technology is constantly improving the health management while providing ease and reliability. It’s no surprise that there are a lot of major players in this space, but Qardio has assembled a very unique lineup of connected devices that are sure to make an impact on technology-driven health sensors. Qardio was awesome enough to sponsor our CES 2015 coverage, which means we got the behind the scenes, insider look at the award-winning smartphone-connected accessory QardioArm and a couple of new products that will be launching this spring…

END_OF_DOCUMENT_TOKEN_TO_BE_REPLACED

At WWDC 2014, Apple first announced HomeKit which it describes as a “framework in iOS 8 for communicating with and controlling connected accessories” around your home, and we’re starting to see the first HomeKit-enabled accessories announced. HomeKit is especially interesting as smart devices that use it can be controlled by Siri commands like “turn off the lights” or “lock the front door” and actions can even be grouped together. Below you’ll find our running list of the latest gadgets from CES 2015 to bring HomeKit automation and Siri integration to your home: END_OF_DOCUMENT_TOKEN_TO_BE_REPLACED

As the success stories keep piling up, so do the number of projects filling up crowdfunding websites with, among other things, neat hardware- and software-related products. Some projects, like Pebble, gain thousands of supporters as well as millions of dollars in funding (and end up at Best Buy’s retail stores). Other projects flop and don’t reach their necessary funding amount.

Rather than make you sift through all of these projects, we’re rounding up the best or most notable projects from around the web and delivering them to you in a simple roundup.