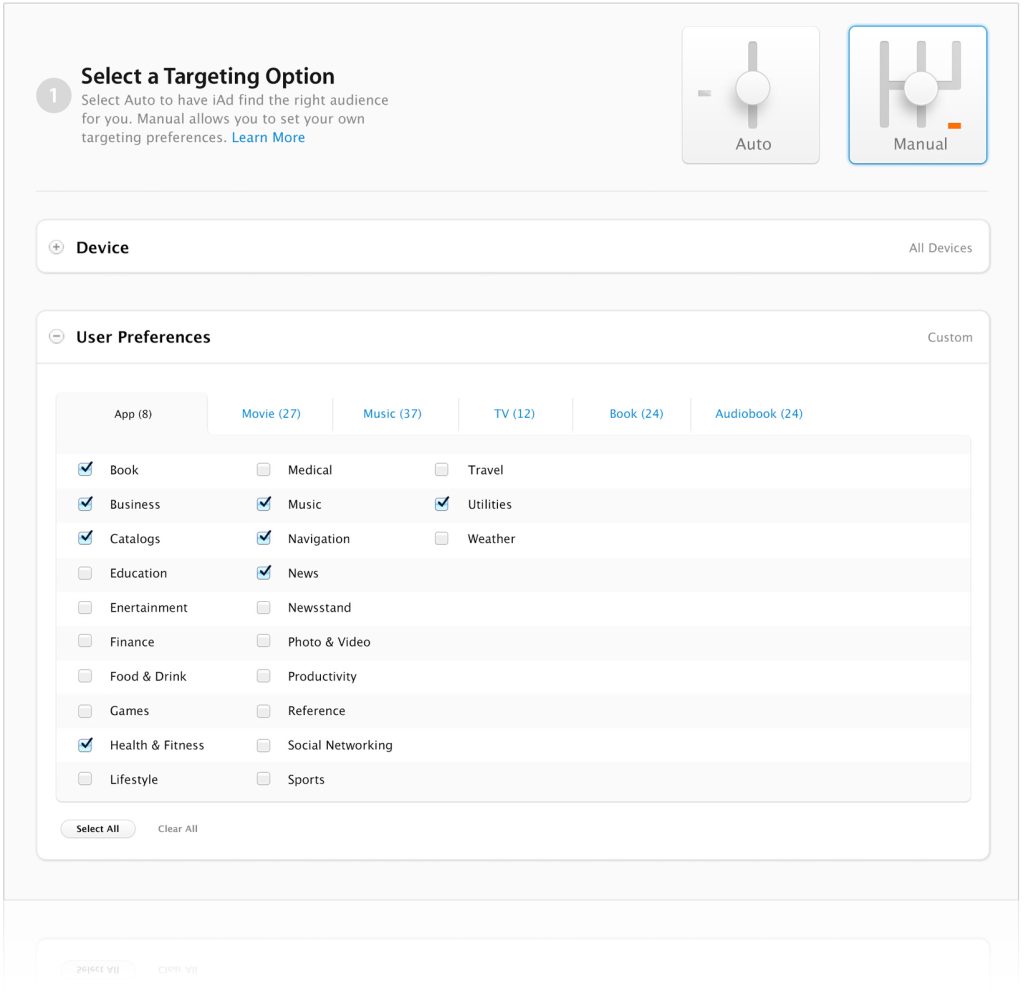 With the latest changes to iTunes Connect, Apple has clearly changed its approach to mobile advertising. For the last three years, Apple has targeted large brands with minimum buy-ins ranging in the hundreds of thousands of dollars. However, uptake of iAd does not seem to have been at the level Apple expected, which has had a negative impact on developers, who have commonly observed low fill rates for their ads.

In mid 2010, Apple allowed app developers to participate in the advertising side of iAd program, by showing banner ads that link directly to their apps. With newly announced changes to iAd, which have been discussed in-depth at WWDC, Apple has furthered this push.

iTunes Connect has added “iAd Workbench”, which allows finer-grained control and customisation of advertisements and more flexibility over campaign budgets. The minimum spend for these campaigns now starts at $50, a dramatic reduction that makes iAd a feasible option for smaller developers. It is clearly aimed at expanding the base of advertisers in the system, as Apple provides template ads to reduce the barriers of entry which would have otherwise required a media department to create the banner assets.

Developers can ask to pay on a cost-per-acquisition (CPA) or cost-per-click (CPC) basis. Apple uses its previous experience with iAd to estimate the audience reach of posed campaigns, with statistics for impressions, taps and downloads

On the back of rumours of Apple implementing an ad exchange, some of these targeting features have come to fruition in Workbench. They allow developers to optimise their campaigns based on the user preferences and demographics. Developers can specify preferred audiences for their campaigns, based on location, previous downloads from the iTunes Store and App Store and other factors. For example, a todo-list app can request to be shown to users who have a tendency to download productivity and utility apps, as categorised by the App Store. Similar targeting can be derived from a user’s purchased movie collection.

In addition, ads can be filtered to only be displayed in certain categories of applications. Naturally, reach increases the more categories are chosen, but an app may not be relevant in all categories and developers can attempt to get the most out of their advertising budget by focusing on certain areas.

Although this system is likely to entice more advertisers to the platform, and therefore improve fill rates, the effects on publisher revenue are unclear. There is some concern that these lower-budget campaigns will devalue the iAd advertising base and cut payouts to developers who show iAd banners in their own applications.