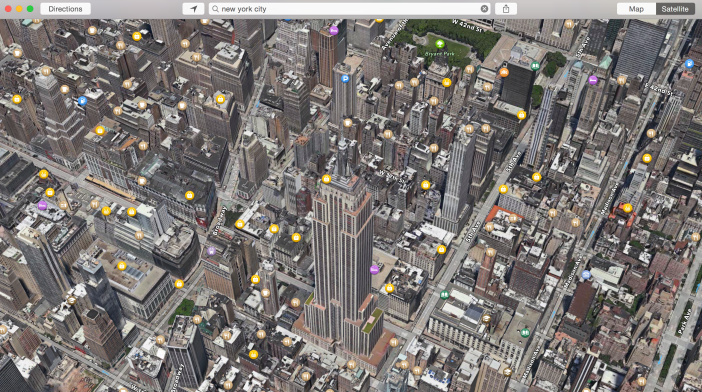 Apple has for a long time hired engineers around the globe to contribute to making its Maps experience better. While positions for its team outside Cupertino usually consist of Maps Quality Analysts and Ground Truth managers that submit region specific corrections for Maps, a new job listing on Apple’s website hints at a “data-collection project” planned for New York.

The location of the position is listed as a Austin, Texas, but Apple says the job requires 75% travel and is a full-time role based in New York.

We don’t learn much else about the project from the job listing, but it’s the first to hit Apple’s site mentioning the data-collection project and specifically hiring for a Maps team based in New York. The position is for an Assistant Project Lead on the Maps team that will “lead a team of contractors in a data-collection project.” Apple’s people in New York and job listings for the location mostly consist of HR, marketing, and sales roles, and up until today nothing specifically for the Maps team.

What data exactly is Apple collecting through its new data-collection project is anyone’s guess, but it does have a handful of new mapping features headed for upcoming iOS releases that come to mind. Perhaps mostly notable is the transit directions that were planned for iOS 8 but not ready to show on stage at WWDC.

Apple has other new features coming to Maps in iOS 8 as well, including indoor mapping features, Flyover city tours, and Vector maps and Navigation for China. Apple also of course currently gets a lot of its Maps data from other sources like TomTom and relies on third-parties for points of interest like business listings. We’ll have to investigate more to find out what Apple is up to, but iconic New York City would certainly be a good place to start if Apple has plans to step up its own data collection for Maps.