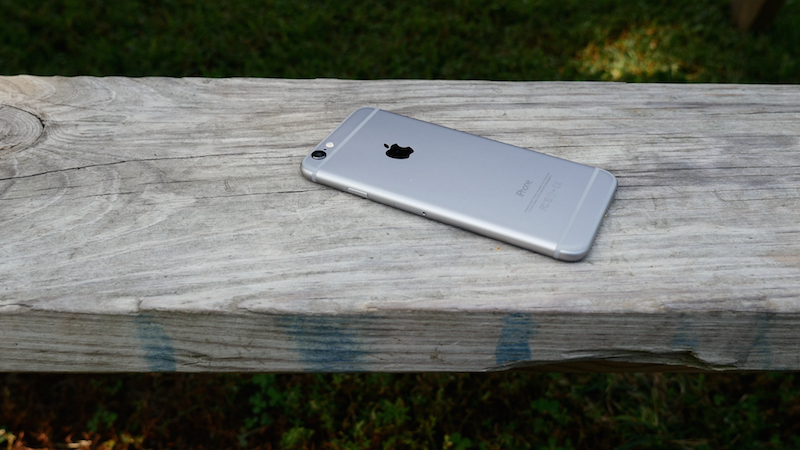 Today we’re taking a look at Apple’s iPhone 6. Anxious fans queued up at Apple Stores across the world to get their hands on the latest and greatest from Cupertino. Apple has bumped up the display size to 4.7-inches on the iPhone 6 and also added a 5.5-inch iPhone 6 Plus model for phablet fans. For a closer look, be sure to check out our first impressions video…

The 4.7-inch iPhone 6 features a resolution of 750 x 1334 (326 ppi) and what Apple calls “Retina HD.” The new display is crisp and clean as we’ve grown to expect from Apple. The overall build quality feels solid, but it’s definitely a huge change when compared to the iPhone 5/5s.

I’m not 100 percent sold on the antenna bands on the back side, but the design is growing on me. As for the protruding camera, I wasn’t a fan of it on the 5th generation iPod touch and putting it on the iPhone 6 isn’t going to change my mind. Luckily, Apple will sell you a premium leather case to make things flush again, but I would honestly rather have a slightly thicker device with a bigger battery than the protruding camera.

Check out our unboxing and first impressions video below:

On the back side, you’ll find an 8-megapixel camera, True Tone LED flash, microphone, and a shiny Apple logo. The sleep/wake button has been moved to the right side of the device to accommodate its larger size, but the volume buttons and mute switch still live on the left side. On the bottom you’ll find the speaker grille, microphone, Lightning port, and 3.5mm headphone jack.

For those worried about one-handed usage, Apple has included a new Reachability feature which allows you to access menu options within apps and the top rows of icons on the home screen. This feature is activated by double tapping (not pressing) the home button. Unfortunately, that’s where the one-handed software enhancements end. Either way, if you’re into larger displays, it’s likely that you don’t have a problem using two hands with the device occasionally.

Apple’s iPhone 6 ships with iOS 8 and along with that come a ton of new features. If you’d like to know more about iOS 8, we recently put together a top 20 favorite features article which you can view here. We’re pretty excited about the iPhone 6 and iOS 8 and curious to know your opinions about the new features and design changes that come along with these releases. How do you feel about Apple’s jump to large display devices?