Opinion: What can we expect from a Retina iMac, and who will buy it? 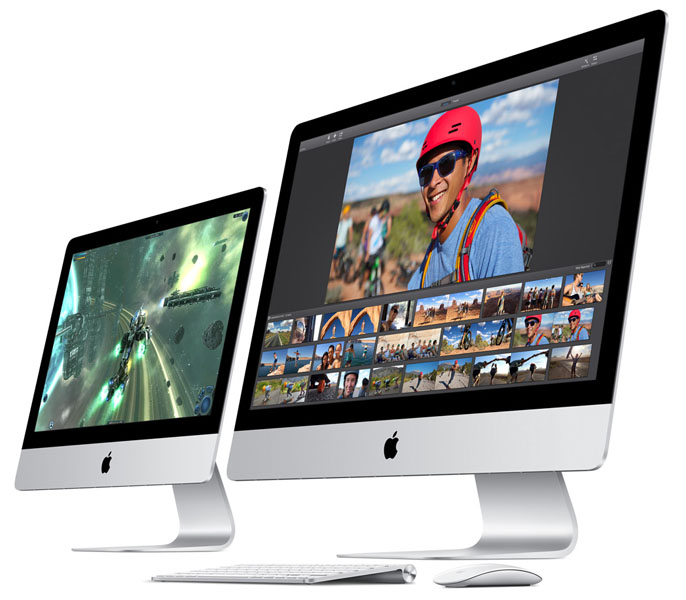 Desktop fans have waited a long time for a Retina iMac, but it now seems pretty clear the wait won’t last too much longer. Our sources told us last month that the machines are “in the late testing phases,” and the rumor is that the machine will have a 5K display, with a resolution of 5120×2880 – exactly double that of the current 27-inch iMac.

We may even have identified the specific display Apple intends to use: a 27-inch 5K panel announced by Dell is looking like a very plausible candidate. This panel would provide a pixel density of 218 PPI, about the same as that of the 15-inch Retina MacBook Pro …

Assuming Apple does indeed launch the machine, there’s one immediately obvious implication: we can expect a Retina Apple Thunderbolt Display using the same panel. I’ve previously suggested a number of reasons Apple didn’t immediately hop on board the 4K display bandwagon, but leap-frogging the competition with a 5K model would be another good one.

More importantly, a Retina display makes sensible use of those extra pixels. I’ve always felt that 4K is way too high a resolution for a 27-inch display. Text is absolutely tiny when rendered at 3840×2160, as are many user-interface elements. To me, 4K made sense only as a TV or as an ultra-large display – one pushing the boundaries of what most of us would have room for on a desktop, even before we figure out how we’d ever pay for it.

But keeping the effective resolution at 2560×1440 while using the extra pixels to sharpen the display – that makes sense.

We can also expect a Retina iMac (or what Apple will doubtless refer to as the iMac with Retina display) to be a pretty high-spec machine. Driving a 5K display at decent frame-rates is not a trivial task, requiring a beefy GPU.

A significantly more powerful GPU will obviously be accompanied by a matching CPU, and uprating the Thunderbolt port to Thunderbolt 2 then seems a pretty obvious step.

All of which adds up to something rather interesting: an all-in-one machine capable of meeting the needs of many graphics pros: photographers, videographers, designers and so on.

Now sure, there will always be those graphics professionals who demand the very best performance available, and have the budget to match. Those guys are still going to be hooking up that cute black cylinder to their multiple 4K (or perhaps now 5K) monitors.

But there are many others who are likely to look at a Retina iMac and note that they are getting a very capable machine with an ultra-high-definition screen in one package. For many, that might be good enough – raising the interesting prospect of an iMac cannibalising at least some Mac Pro sales.

Not that Apple will worry about that: as Tim Cook observed when asked whether the iPad would eat into MacBook sales, you can’t be afraid of cannibalizing your own products because if you don’t, someone else will.

But AV professionals can’t be the core target for a Retina iMac. It doesn’t make sense to offer two different lines aimed at a niche market: Apple’s primary target market has to be ordinary consumers and small businesses.

And I think that’s interesting in its own right. The high-end Mac Pro market aside, the overwhelming trend seen for quite some years now has been the death of the desktop PC and the triumph of the laptop.

For those who need lots of screen space to work with, a very common solution has been to connect a MacBook – sometimes even a MacBook Air – to an Apple Thunderbolt display to get the best of both worlds. A machine that is portable when it needs to be, yet offers all the display real-estate and permanent docking options you get with a desktop.

It wouldn’t be unreasonable to question whether desktop PCs – OS X or Windows – have much of a future outside of the AV professional market. Yet in planning a Retina iMac, Apple clearly thinks they do. The company whose co-founder famously described PCs as trucks and predicted that most of us would be choosing cars – or iPads – still sees a future in what might be considered a rather chunky truck.

We won’t have long to find out exactly what Apple has in store for us: we’re expecting the new iMac to be announced on Thursday, and we’ll of course be bringing you full coverage.

If you’ve been holding off on a MacBook Pro because you’ve been waiting impatiently for an iMac with Retina display, let us know your reasons in the comments.