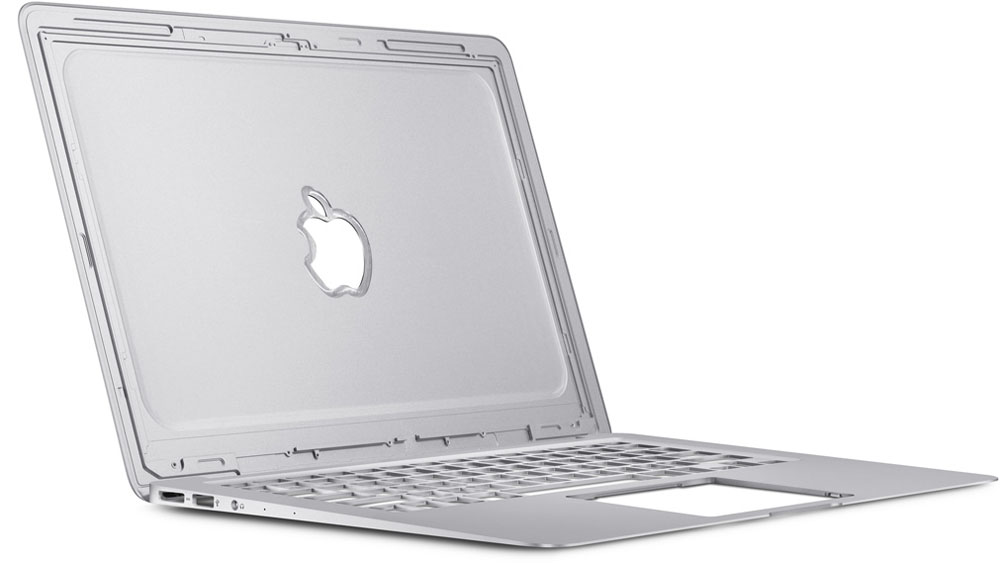 The claim seems highly unlikely given that just two days ago Re/code cited Apple sources as specifically stating that, while the product was in the pipeline, it would not be shown at tomorrow’s event …

Early rumors suggest that the 12-inch rMBA will use a more power-efficient Broadwell processor allowing it to ditch the fan, and to drop a clickable trackpad in favor of taps and gestures alone.

More recent rumors have echoed the fanless design, suggested a slimmer form-factor and claimed that thinner bezels would allow the machine to have exterior dimensions close to that of the existing non-Retina 11-inch MacBook Air.

Other suggestions include a reversible Type C USB port (which seems likely) and dropping the MagSafe connector, which would be odd if true – the worry-free power connector has long been seen as a key feature of Apple’s MacBooks.

A second claim in the same Digitimes piece is that Apple will be revamping its logo in future devices.

Apple is also planning to upgrade the technologies used for printing its logo onto devices and will use laser cutting and unique embedded technologies to make the logo 3D-like and shine at the edges. All Apple’s products will feature the new logo in 2015, starting with the next-generation iMac, the sources detailed.

I can actually see some logic to the idea – all MacBooks from recent years look pretty much indistinguishable to the casual observer, so perhaps a visual difference would be enough to encourage those who like to be seen to be using the latest and greatest models to upgrade.

Again, though, we’ve heard nothing else about this from our own sources or elsewhere, so given the source, we’re not holding our breath.