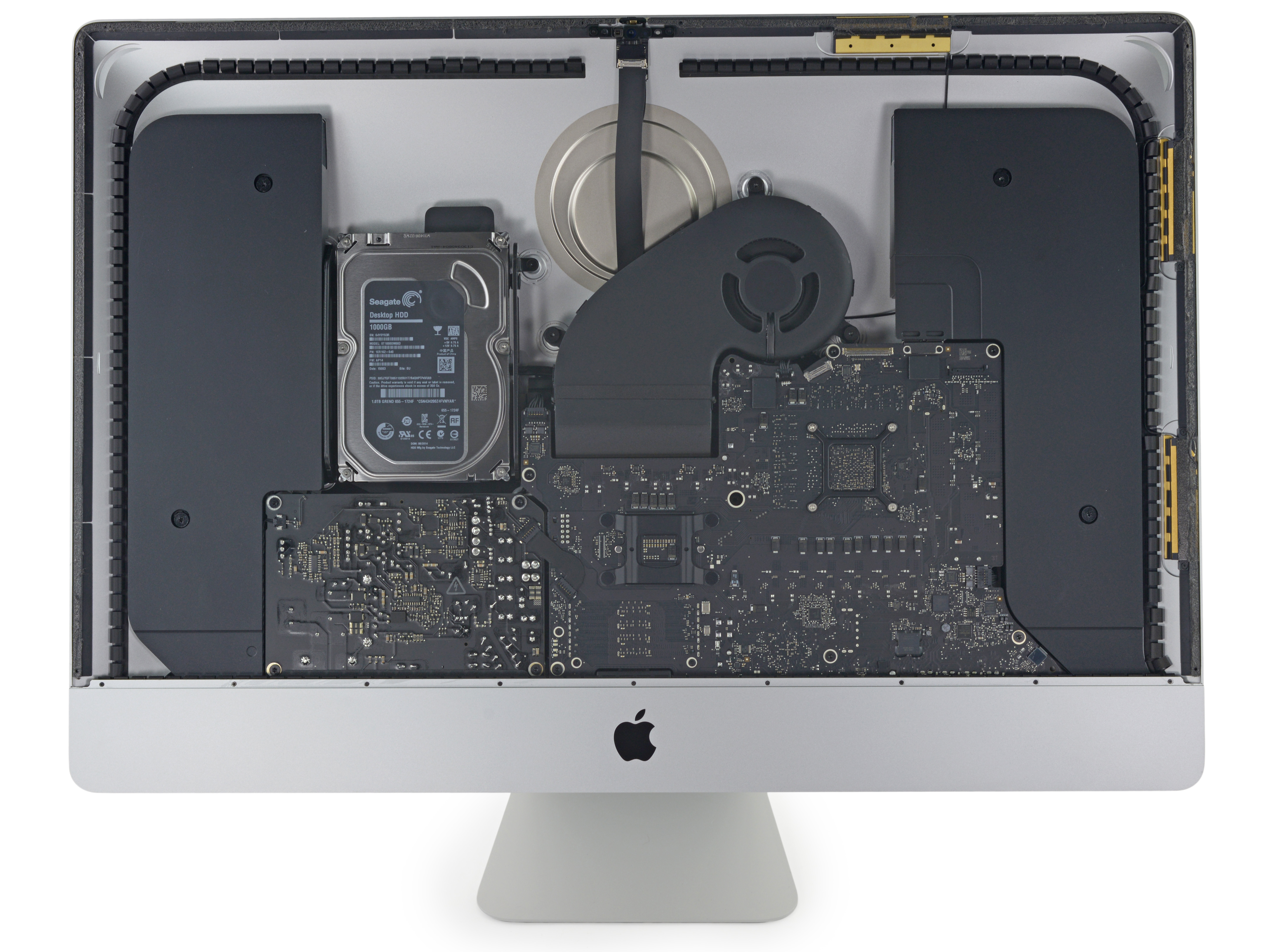 The folks over at iFixit have gotten their hands on one of Apple’s new 27″ Retina iMacs, and, as they are wont to do, immediately opened it up to find out what makes these things tick. Inside they found that most of the internal components are actually somewhat familiar.

The SSD inside the new iMac is the same unit found inside the latest-generation MacBook Pro, while the logic board, Bluetooth controller, and more are identical to that of previous iMacs. In fact, in the case of the logic board, iFixit didn’t even document the dissection, instead referring back to the previous year’s teardown.

Obviously there are new components in play here, especially the processor, GPU, and display hardware. The custom timing controller Apple boasted about during the keynote was present, and iFixit notes that this appears to be a modified version of a Parade Technologies DP665 controller. The display panel itself was built by LG.

You can find more photos along with more specifics like model numbers for every component on iFixit.