It appears that most of the foundation is laid now in an update from a video taken by a drone two weeks ago.

Apple CEO Tim Cook has called Apple’s Campus 2 the ‘Greenest in the World’. The controversial structure which will house 12,000 staff in 2.8M square feet on 176 acres and is estimated to be completed in 2016. Interestingly, even though Apple is covering the construction site with a high green wall, it is updating the 3D flyover of the location in Apple Maps somewhat frequently. The latest looks like it was taken earlier this summer.

An official updated aerial shot from Apple was also posted on the City of Cupertino’s website: 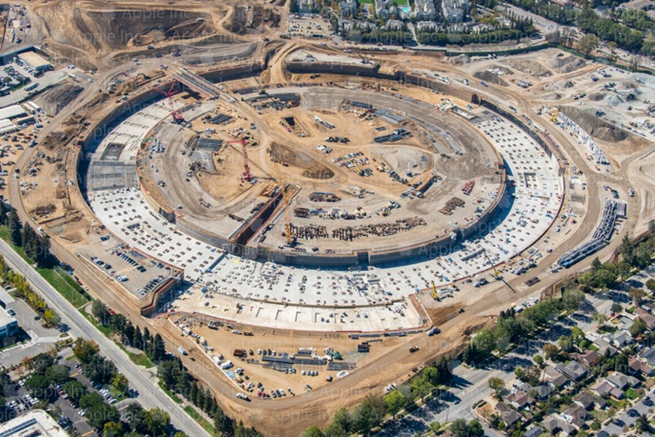 You can follow the progress in our Campus 2 story line here. We’re going to try to get a new video every few weeks so stay tuned.