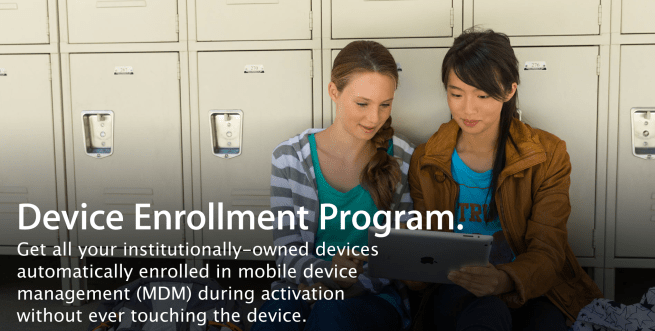 Apple is today expanding its Device Enrollment Program, its service for business and education customers deploying and managing large fleets of iOS and Mac devices, to new countries. It’s also opening up the program to third-party resellers.

The program for iOS devices and Macs allows business and education customers to configure devices before they arrive and access mobile device management and wireless supervision features to manage already-deployed devices. Apple has also posted a new guide detailing the updated Device Enrollment Program for iOS and Macs.

The expansion of Apple’s program for deploying devices in education and business environments comes as the company reportedly begins courting app developers and new enterprise clients as part of its previously announced partnership with IBM. The partnership will see the two companies collaborate to bring over 100 enterprise apps & cloud services to the iPhone and iPad, and IBM will soon begin selling iPhones and iPads directly to its enterprise customers. Apple will also soon offer an AppleCare for Enterprise service that it said will “provide IT departments and end users with 24/7 assistance from Apple’s award-winning customer support group, with on-site service delivered by IBM.”