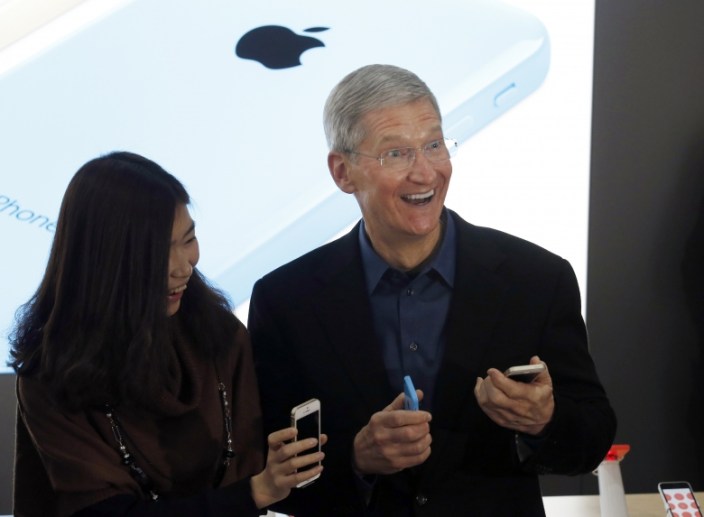 China UnionPay is the largest bank card provider in the region, but the App Store has not supported the payment method up to now. Apple has announced that this inconvenience has now been resolved with customers in China now able to link their Apple ID with debit or credit cards from UnionPay.

The addition should help expand the reach of the App Store to even more customers, allowing Apple to bolster its number credit cards on file ahead of an Apple Pay launch in the country. Code references have already been found that show the iPhone 6 NFC element is ready to support China UnionPay purchases.

The press release notes that China is already Apple’s second largest App Store market, although it’s unclear if Apple is referring to downloads or purchases with that claim. Regardless, adding the number-one payment method in China can only be a good thing for further growth.

“The ability to buy apps and make purchases using UnionPay cards has been one of the most requested features from our customers in China,” said Eddy Cue, Apple’s senior vice president of Internet Software and Services. “China is already our second largest market for app downloads, and now we’re providing users with an incredibly convenient way to purchase their favorite apps with just one-tap.”

Apple is expected to announce support for Apple Pay in China in the coming months, with a deal rumored to have already been signed. Most recently, Tim Cook said he was in talks with Alibaba to integrate Alipay with the Apple Pay system. Officially, Apple has said it is working to bring Apple Pay to more US banks over time, as well as expand internationally.

BEIJING—November 17, 2014—Apple® today announced that the App Store℠ has added UnionPay as a payment option for customers in China. China UnionPay is the most popular payment card in China and will provide App Store customers with a simple and more convenient way to purchase their favorite apps. Customers can easily link their Apple ID with a UnionPay debit or credit card for one-tap purchases.

“The ability to buy apps and make purchases using UnionPay cards has been one of the most requested features from our customers in China,” said Eddy Cue, Apple’s senior vice president of Internet Software and Services. “China is already our second largest market for app downloads, and now we’re providing users with an incredibly convenient way to purchase their favorite apps with just one-tap.”

As a bankcard network, China UnionPay operates China’s national inter-bank clearing and settlement system, develops the worldwide UnionPay Card acceptance network, promotes the issuance and usage of the UnionPay Card as well as other innovative payment solutions, so as to provide quality, efficient and safe payment services to cardholders. To date, the total number of UnionPay Cards issued both at home and abroad has exceeded 4.5 billion. The UnionPay network has been extended to all cities and rural areas in China. In addition, China UnionPay has enabled UnionPay Card acceptance in over 140 countries and regions through extensive cooperation with more than 400 institutions around the world. Additional information may be found at: www.unionpay.com.