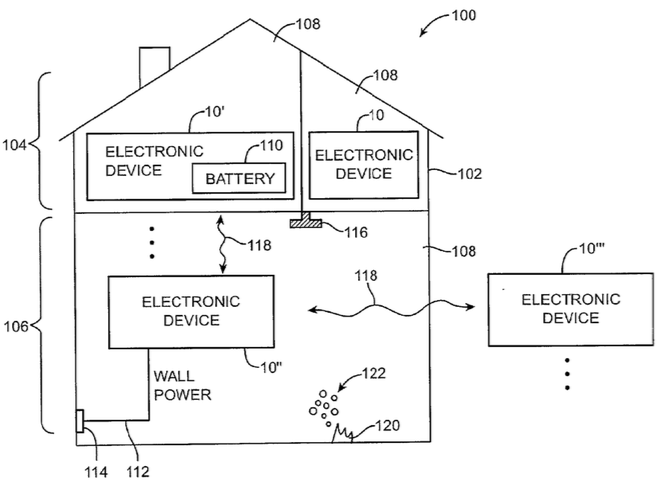 The Nest smoke detector may look decidedly old-fashioned if one Apple patent ever makes it into production. Apple has patented the idea of embedding smoke detectors into “electronic devices” and using those devices to provide a comprehensive response to a fire.

In other words, your Apple Watch, iPhone, iPad or Mac could detect smoke, alert you, alert other devices within range, activate sprinklers, call emergency services and use the fact that an iDevice is moving or in use to tell fire crews where in the building you and your family members are …

The patent drawings show a laptop, tablet, phone and watch, suggesting that Apple is exploring the idea of embedding the smoke detectors into its full product range.

Illustrations of alerts sent to emergency responders show both text alerts and visual images which would display the location of both smoke and known building occupants.

As ever, Apple’s policy of saying ‘no’ a thousand times for every ‘yes’ means that most of the things it patents never see the light of day, but this is one concept we’re hoping is sitting on Tim Cook’s desk right now.