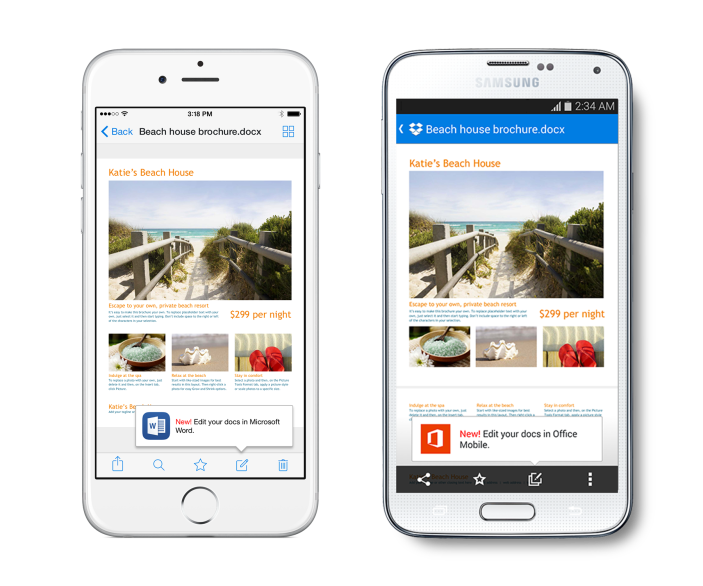 Following an announcement earlier this month that Microsoft was adding Dropbox integration for syncing and sharing to the Office for iOS apps, Dropbox announced today that the feature is now available in its latest app updates for iOS and Android.

The integration essentially allows users to tap into Dropbox storage directly from within the Office mobile apps, but it will also include the ability to send links to files from Office using Dropbox, open documents from Dropbox in Office, and more. Dropbox has instructions on how to use the new integration with Microsoft’s Office apps on its website.

To get started, make sure your Dropbox app is up to date on your iPhone, iPad, or Android phone, then open any Office doc, spreadsheet, or presentation in your Dropbox. Tap the new Edit icon (shown above) to start editing in the latest Office apps. When you’re done, your changes will be saved back to Dropbox automatically.

You can get the new features through the latest Dropbox app for iOS starting today and the latest versions of Microsoft’s Word, Excel, and PowerPoint Office apps. The integration is also expected to arrive for web users early next year.