New Pandora iOS app rolling out with emphasis on personalization 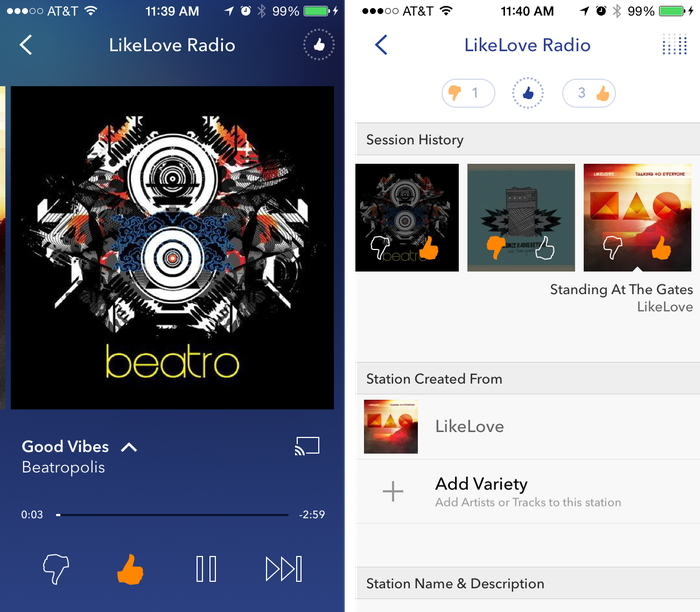 Pandora is rolling out an updated version of its iPhone app with a strong emphasis on personalization.

Personalized genre and artist suggestions will now appear at the top of your list of stations, and a new thumbs-up icon on the now-playing screen gives you fast access to song ratings – as well as acting as a visual reminder that you only get the most from the service if you get into the habit of rating songs.

There’s also a modest visual redesign. The update will roll out to iPhones in the coming weeks (it’s not yet available from iTunes), with an iPad refresh to follow at a later date.

There had been speculation that last year’s launch of iTunes Radio might have threatened Pandora’s future, but following a move to drop its 40 hour/month listening limit, the company announced that it increased its listeners following the launch of Apple’s streaming service.