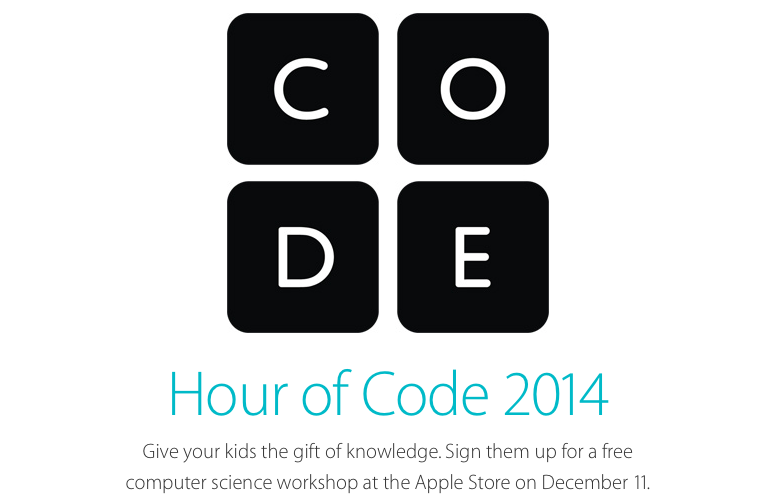 Apple is once again using its retail stores to promote Computer Science Education Week and Code.org by hosting Hour of Code computer programming workshops for kids on Thursday, December 11th. Apple describes the workshops as fun, hour-long introductions to coding:

“Hour of Code is a fun one-hour introduction to computer science, designed to demystify code and show that anyone can learn the basics of programming.”

Potential attendees can now register to reserve a spot at the programming basics workshop at Apple Stores in the United States and around the world, and Apple is hosting special events at several of its international stores including London, Berlin, and Tokyo next week.

For example, Apple will be hosting the developers of the iOS app, FitPort, at its Ginza Apple Store in Tokyo, Japan at 7 pm on Monday, December 8th. At its North Michigan Avenue Apple Store in Chicago, Illinois, the chief creative officer behind The Elements app for iOS will give a talk at 7 pm on December 8th. On Friday, Apple will host the founder of BASE at its Shinsaibashi store in Osaka rounding out the week with more events scheduled in between.

“We are proud to be part of making computer science accessible to students of all ages around the world,” said Eddy Cue, Apple’s senior vice president of Internet Software and Services. “Education is part of Apple’s DNA and we believe this is a great way to inspire kids to discover technology.”