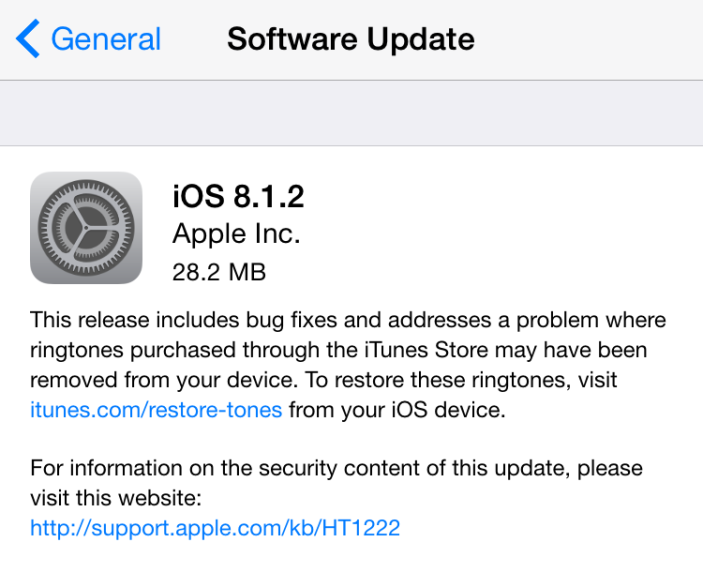 Apple has released iOS 8.1.2 as an over-the-air software update for iPhone, iPad, and iPod touch users running iOS 8. The latest release contains bug fixes for users as well as a fix for a problem regarding ringtones purchased from Apple being removed from devices. We’ll check out the software release for any significant changes or issues and update accordingly.

For users subject to the reported issues involving ringtones purchased through iTunes, Apple points users to itunes.com/restore-tones for recovering those purchases.

Information regarding the security improvements with iOS 8.1.2 will be made available by Apple here soon.

For developers, Apple issued a beta version of the upcoming iOS 8.2 release on November 18th alongside WatchKit for building and testing applications for the Apple Watch which we expect to be released this spring.

Today’s software update release is available for all devices running iOS 8 including:

In addition to releasing iOS 8.1.2 publicly today, Apple also refreshed the Apple TV channel lineup with new content including UFC and Dailymotion as well as an overhauled YouTube channel.