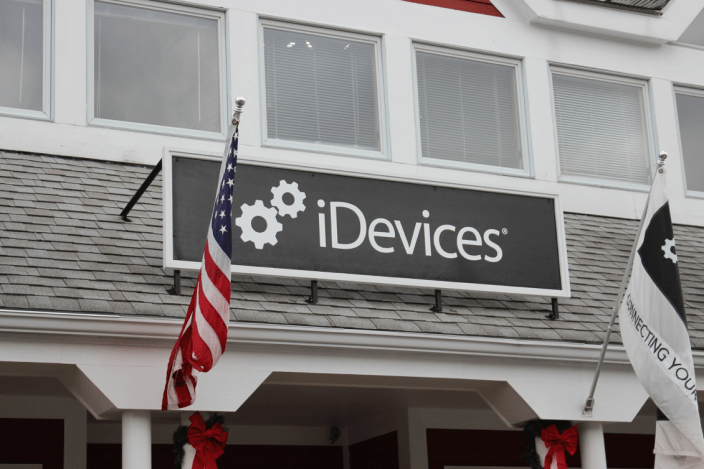 Apple introduced HomeKit during its WWDC Keynote presentation last June. Since then we’ve heard HomeKit-enabled chips are on the move, but you still can’t buy a HomeKit-certified device. They are on the way, however, as Apple just started accepting product plans from manufacturers following a yearly summit for companies in its Made-for-iPhone program.

iDevices, maker of the iGrill, is hoping it’ll help push HomeKit into the mainstream. Since early last year, the Connecticut-based company has invested over 10 million dollars into HomeKit development and has been closely working with Apple to create its own HomeKit SDK. We recently spoke with the CEO of iDevices to learn more about how the company is working with Apple to build its own HomeKit SDK meant to help fast track hardware product development for the platform.

The purpose of this SDK is to enable other companies to bring HomeKit-certified devices to market much quicker. Chris Allen, CEO of iDevices, describes how his company’s future SDK complements Apple’s HomeKit support:

Apple’s done a great job of putting the framework together – of how to build this home automation space, but there’s still a gap. It [iDevice’s platform] looks like a bridge… from where Apple leaves you in their existing product SDK … and where it has to go to be a fully in-market product. And that middle layer of software is what we’ve created.

iDevices will be the first company to offer a service of this kind. The goal is to help other companies who may lack the money or know-how to meet Apple’s strict HomeKit requirements, to bring a home automation product to market without going bankrupt or taking an exorbitant amount of time.

On average, iDevice’s partners can expect to bring a HomeKit compliant product to market 9 to 12 months faster, but it’s possible some quick-moving companies could get the job done in as little as 6 months thanks to iDevices’ platform. Allen thinks it’s key for his company and others to embrace HomeKit:

I’d rather be on the back of an 800 pound gorilla, integrating, playing nice with them, then being the nail under their foot trying to force integration.

In addition to the iDevices Platform, Allen says iDevices is on track to unveil its first HomeKit-enabled product and several high-profile partnerships next month during the 2015 Consumer Electronics Show. We’ll be on hand at CES to bring you all of these announcements and more.