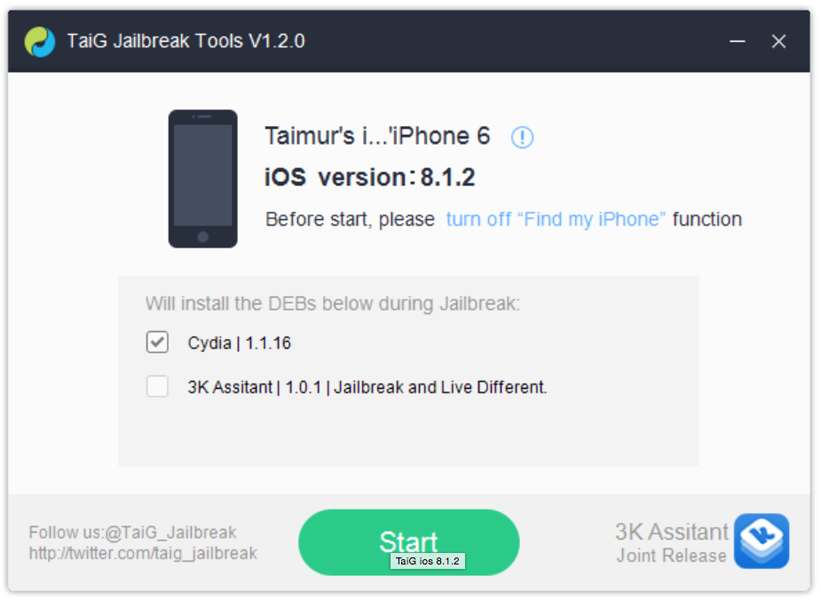 Prominent jailbreakers i0n1c and iH8sn0w had strongly suggested that yesterday’s release of iOS 8.1.2 wouldn’t block the TaiG jailbreak, and this has now been confirmed: the latest version is available just a day after the iOS update.

The jailbreak supports all devices capable of running iOS 8, including the iPhone 6/Plus, iPad Air 2 and iPad mini 3.

It’s Windows-only for now, with a Mac version promised later. The Pangu team released an OS X tool for its own jailbreak last month.