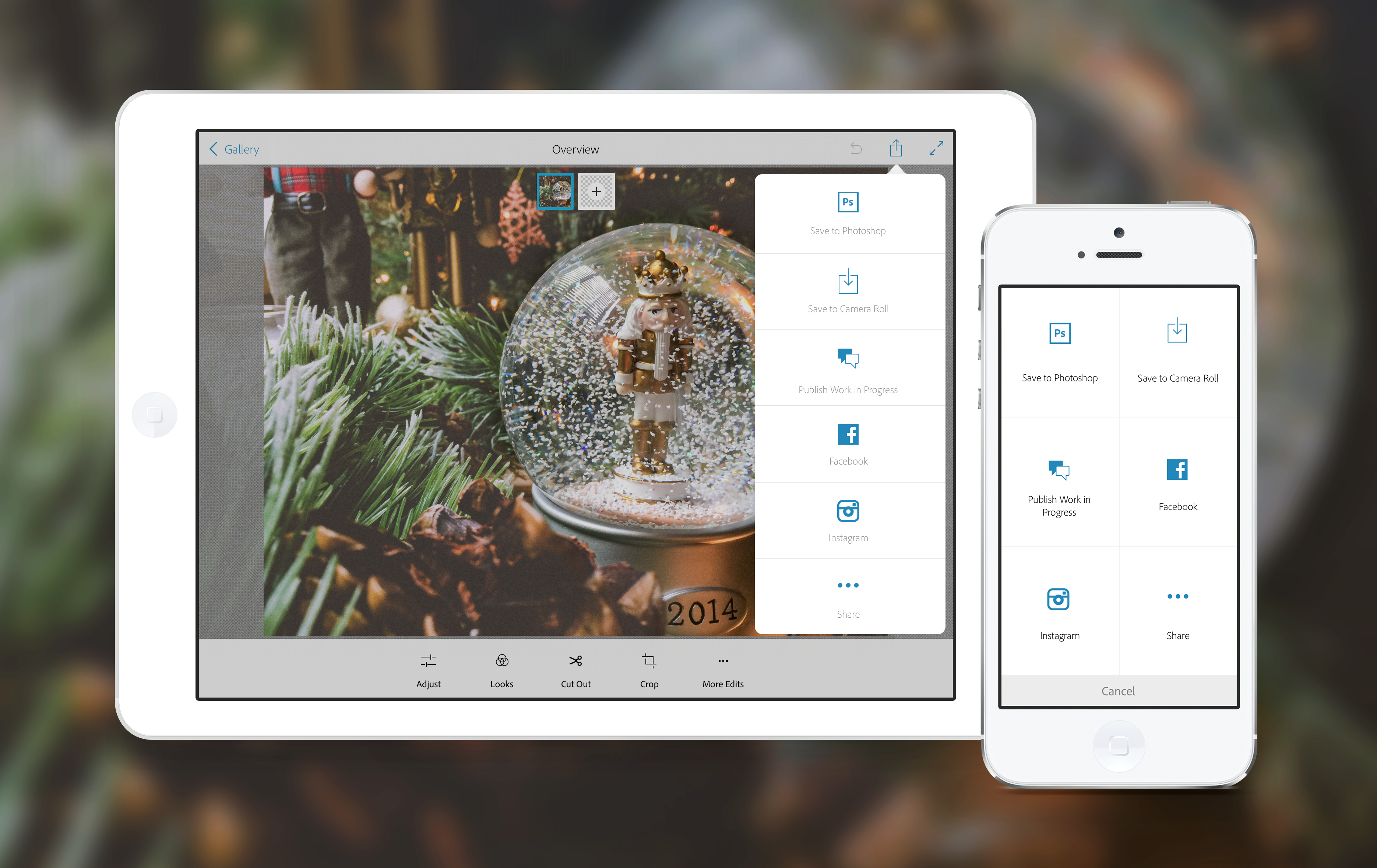 Adobe released version 1.4 of Photoshop Mix for iPhone and iPad today adding a new “auto crop” feature that Adobe says “analyzes images and suggests non-destructive boundaries based on the primary objects in an image.”

The latest version of the photo editing app also includes the addition of Instagram as a sharing option while sharing to Facebook has been improved. The Creative Cloud-connected app can now open files directly from Lightroom, Photoshop Sketch, Illustrator Line, and Illustrator Draw as well while support for six more languages was added in the update.

Check out the full change log for Photoshop Mix, which first launched in June, below with all the new details.

AUTO CROP Smart crop technology analyzes your image and suggests non-destructive cropping boundaries based on the primary object(s). (iPad only)

You can download Adobe Photoshop Mix for free from the App Store with an Adobe Creative Cloud membership.