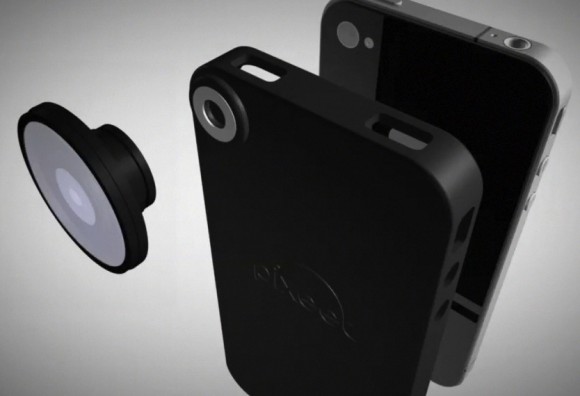 Some users have noticed issues with the iPhone 6 Plus camera and NFC on both the iPhone 6 and 6 Plus, but the cause of the problem— interference from magnets and metal components in accessories— isn’t well documented.

The cause of the issue has been noticed by a small number of users online, and Apple does briefly warn users to avoid accessories that use magnets or metal components in a support document quietly updated in the months following the launch of the new iPhones. But it’s not something most users are aware of when purchasing accessories that might end up causing problems for their new iPhone.

Behind the scenes Apple has started telling at least accessory makers in its MFi program to avoid using metal and magnets due to the issue with iPhone 6 Plus optical image stabilization, according to sources familiar with Apple’s MFi licensing program.

The magnetic interference can also cause problems with NFC performance on the new iPhones, and Apple has now started warning manufacturers in its MFi program with accessories supporting the devices to avoid magnets or metal. Apple previously had a warning for accessory makers about magnets or metal to avoid interference with the iPhone’s compass, a much less used feature than the camera or NFC features affected on the new phones.

Users first noticed the problem following the iPhone 6 Plus launch in September, as demonstrated in the video below, which shows an example of the camera issue with a magnetic iPhone lens accessory. At the time, however, users were unaware of the cause (below):

The best way to avoid the issue is to avoid accessories with magnets, and some companies even warn users of the potential for interference.  Update: After testing, Rockform tells us it’s removed the warning for iPhones and that users shouldn’t experience interference.

Bottom line: Cases and camera accessories that don’t take Apple’s advice in avoiding magnets and metal might cause problems for both the iPhone 6 Plus camera and NFC features on both the iPhone 6 and 6 Plus. Now you know.