Apple airs new ad for the holidays: ‘The Song’

Continuing its ‘From one gift come many’ campaign, Apple has published a new commercial entitled ‘The Song’. The ad depicts a young woman listening to a song on a record player, from her youth. The girl then learns the tune using their guitar, recording the tune on a Mac.

The girl then leaves an iPad preloaded with the same song for an older relation, her grandmother, provoking the same emotions of her childhood and memories. The ad concludes with a Happy Holidays message from the company. Apple describes the ad with the following prelude on its website:

Some gifts create a million more. Watch as one budding musician uses Mac and GarageBand to make a heartfelt song for her grandmother. 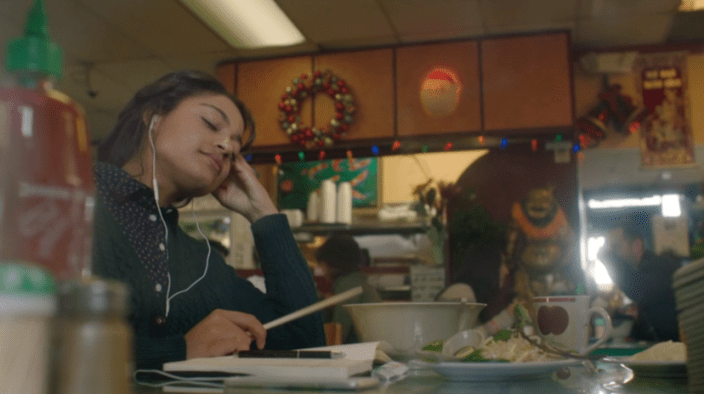 Although the ad includes Apple products, their involvement is subtle. The tone is similar to Apple’s holiday ad for 2013. That ad went on to win an Emmy award for being an ‘Outstanding Commercial’. Apple has been advertising its ‘From one gift come many’  slogan on Apple store windows for a few weeks now, along with a seasonal Apple Online Store refresh.

Apple is also featuring the ad in iTunes.