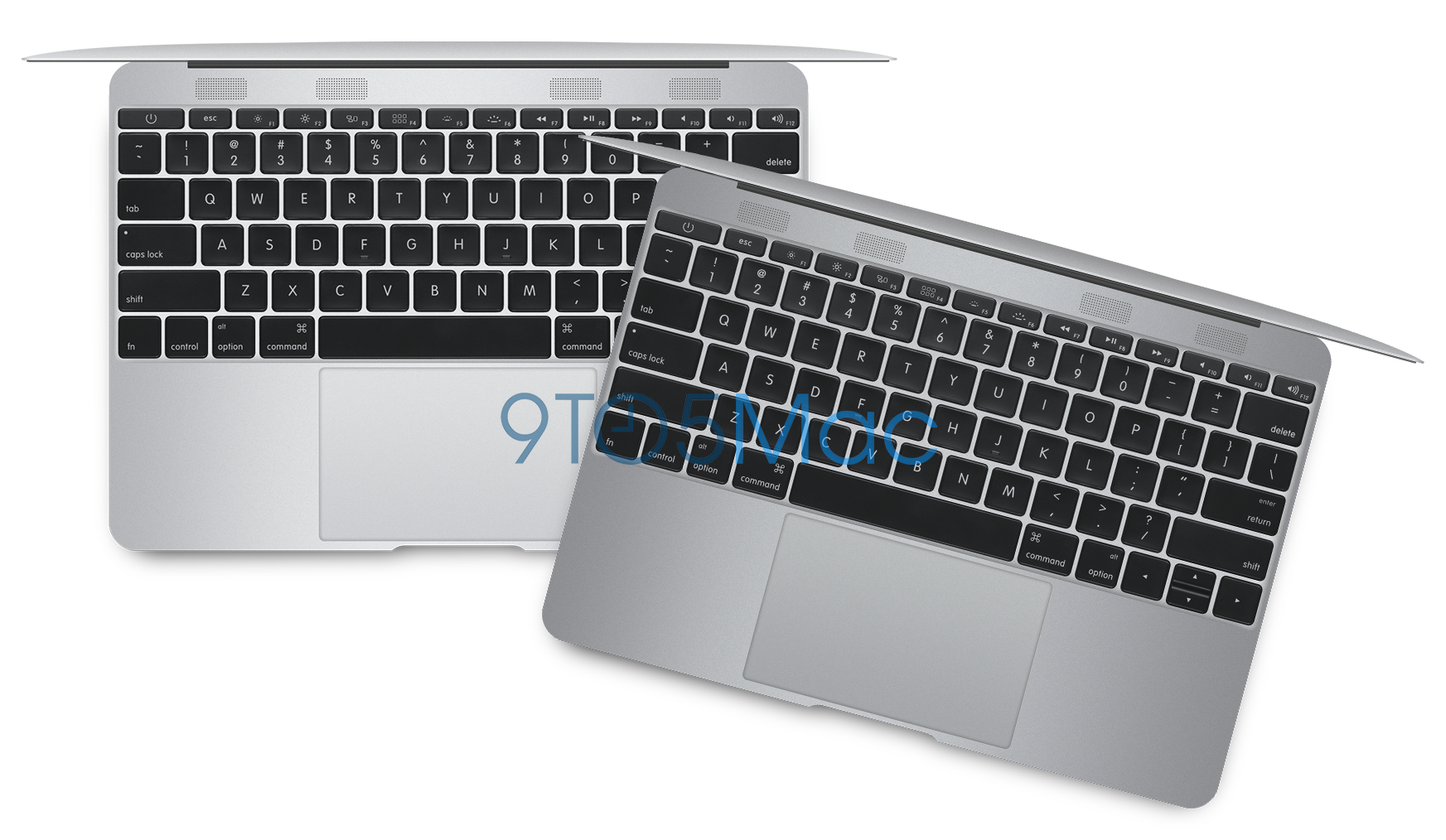 Apple is preparing an all-new MacBook Air for 2015 with a radically new design that jettisons standards such as full-sized USB ports, MagSafe connectors, and SD card slots in favor of a markedly thinner and lighter body with a higher-resolution display. Sources within Apple, who have used internal prototype versions of the upcoming computer, have provided in-depth details about the machine, and our exclusive artist renditions of the revamped MacBook Air provide the first close look at Apple’s first major step in mobile Mac computing since the Retina MacBook Pro launch in 2012.

The 12-inch MacBook Air will be considerably smaller than the current 13-inch version, yet also slightly narrower than the 11-inch model. The new 12-inch version is approximately a quarter-of-an-inch narrower than the 11-inch version, yet it is also a quarter-of-an-inch taller in order to accommodate the slightly larger display. In order to fit the larger screen into a footprint about the size of the current 11-inch model, the bezels on the display have been reduced on all sides. 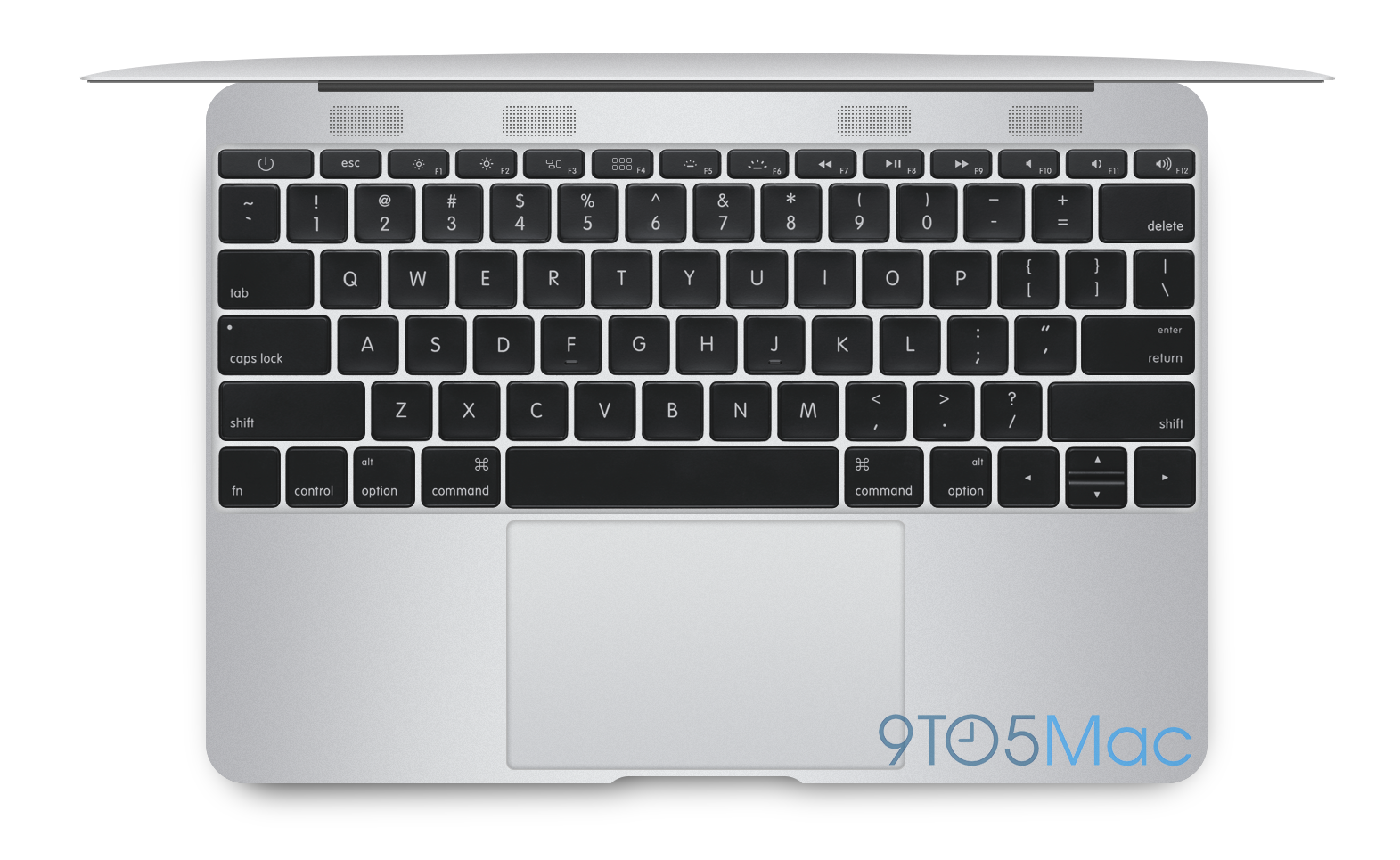 Besides a new look for the front of the computer, the entire unibody has been revamped from the keyboard to the trackpad to the speakers. Taking cues from the 12-inch PowerBook introduced by Steve Jobs over a decade ago, the new keyboard sits edge-to-edge across the width of the laptop. In addition to going edge-to-edge, the entire key set has been subtly redesigned so that each key sits noticeably closer together. Apple has squeezed the keys closer in order for the computer to be as narrow as possible, which can be seen in the rendition below:

Apple has also relocated some of the function keys across the top and simplified the arrow key array in order to keep the keyboard as narrow as possible without taking away from overall usability. In addition to the keyboard, the trackpad has been changed. The trackpad is approximately the same width as that on the 11-inch MacBook Air (if not ever-so-slightly wider), but it is apparently slightly taller, nearly touching the bottoms of the keyboard and the frame. In line with earlier rumors, it also appears that the new trackpad does not have the same clicking effect as found on current and earlier MacBook models.

The elimination of physical feedback in the click is part of Apple’s plan to reduce the thickness of the MacBook to a bare minimum. As can be seen in 9to5Mac artist Michael Steeber‘s rendition above, the new 12-inch Air (on the left) is far thinner than the current 11-inch model (on the right). Taking cues from the current Air, the future model has a teardrop-like, tapered design that gets thinner from top to bottom. Above the keyboard are four redesigned speaker grills that actually double as ventilation holes for the fan-less device to keep cool.

The upcoming laptop is so thin that Apple employees are said to refer to the device as the “MacBook Stealth” internally. In order to reach that new level of portability, Apple not only slimmed down the trackpad and tweaked the speakers but the ports as well:

The upcoming 12-inch Air has the fewest amount of ports ever on an Apple computer, as can be seen in the rendition above. On the right side is a standard headphone jack and dual-microphones for input and noise-canceling. On the left side is solely the new USB Type-C port. Yes, Apple is currently planning to ditch standard USB ports, the SD Card slot, and even its Thunderbolt and MagSafe charging standards on this new notebook. We must note that Apple tests several designs of upcoming products, so Apple may choose to ultimately release a new Air that does include the legacy components, though there is very little space on the edges for them.

As we’ve reported on multiple occasions, the new USB Type-C connector is smaller, faster, and more capable than the standard USB 2.0 and 3.0 ports on existing computers. The connector is able to replace the Thunderbolt Display port on the current Apple laptops as USB Type-C actually has the technology to drive displays. Additionally, the latest specifications from the USB foundation indicate that USB Type-C can actually be used to power computers, which makes the standard MagSafe plugs unnecessary on this new device. The connector is also reversible like Lightning on iPads and iPhones, which should make the overall experience a bit more intuitive. 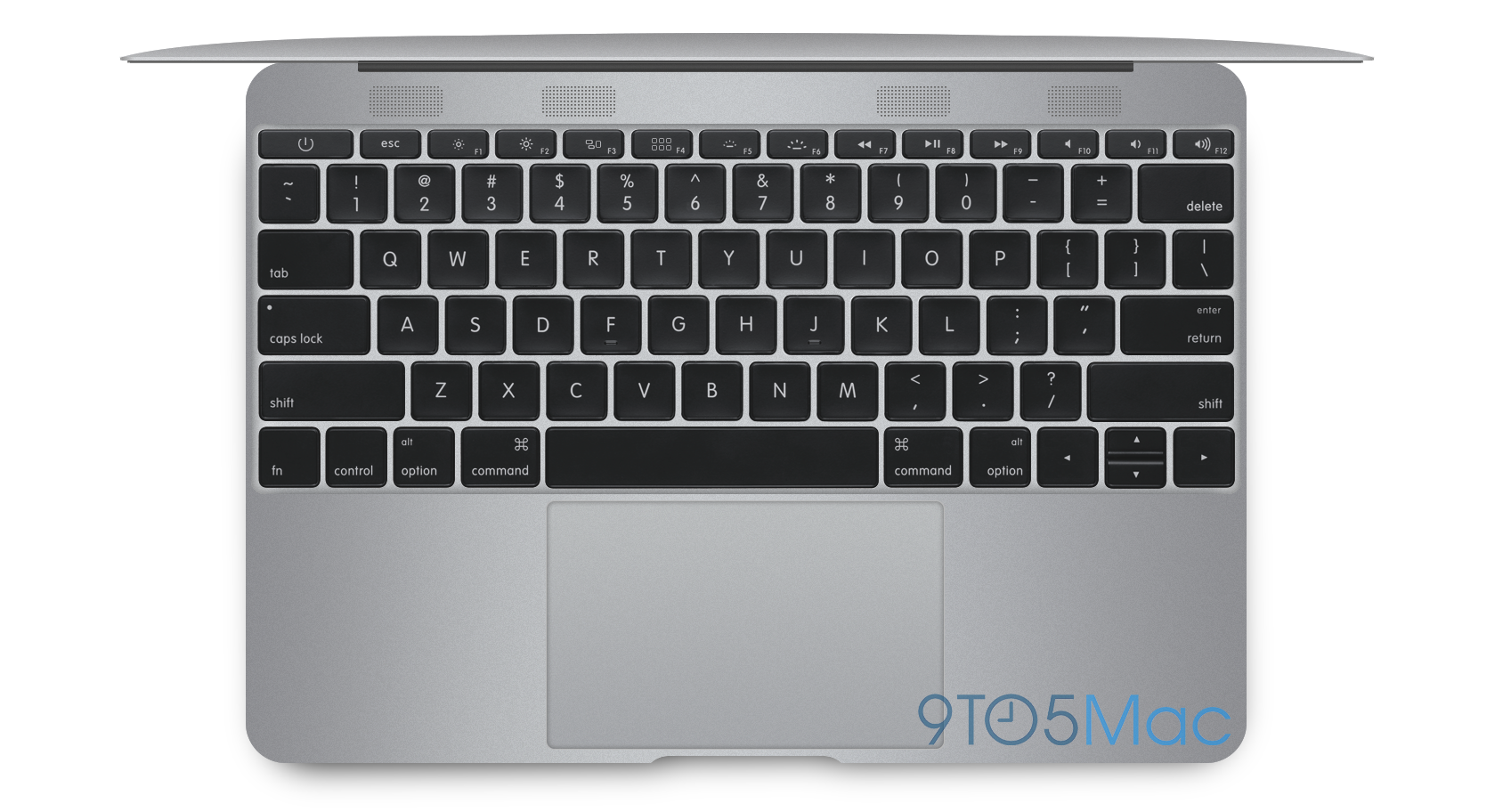 As the new MacBook may only have a single port, it would make sense for Apple to create a hub of some sort for users to be able to plug in multiple devices into the new laptop. Apple already ships all sorts of adapters for its Macs and iOS Devices, so adding yet another attachment to the accessory portfolio would not be unprecedented. With Apple moving to a new “Space Gray” color on its iOS devices and on some Macs (such as with the 2013 Mac Pro), it seems possible that this new MacBook may come in a new gray color, as shown off in some of our renditions.

The latest rumors indicate that the new MacBook Air will ship in mid-2015 (perhaps around WWDC), while other reports have claimed that the new Air is already nearing production. With Intel revealing the latest news on the Broadwell chipset family at CES this week, the ball is likely now in Apple’s court for pushing the future of mobile computing into the world.