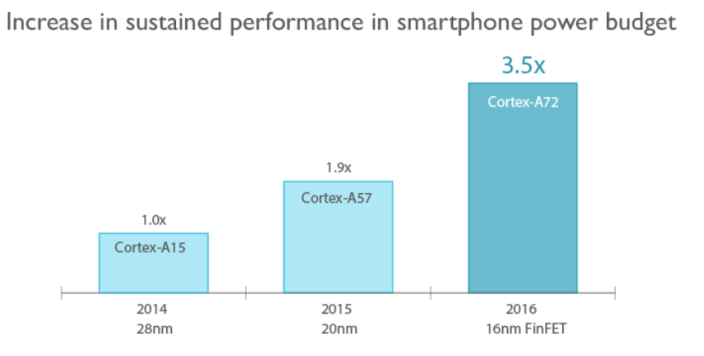 ARM, the British processor designer responsible for the core chip technology found inside many of Apple’s past iOS devices, today announced the Cortex-A72 — its latest mobile CPU design, designed to run at up to 2.5GHz and improve the processing power of next-generation smartphones. Combined with an enhanced graphics chip such as ARM’s Mali-T880, the new CPU promises to enable upcoming phones to offer “console-class gaming performance,” up to 120fps 4K video capture, and natural language user interfaces.

The Cortex-A72 is built on 16-nanometer technology, and promises to deliver either a 75% improvement in energy efficiency or roughly three times the performance of recent Cortex-A15 devices, depending on how a chip built with Cortex-A72 technology is designed to operate. Chips containing Cortex-A72 are expected to be in phones by 2016, as licensees are already in the process of incorporating the new design into their next-generation processors. 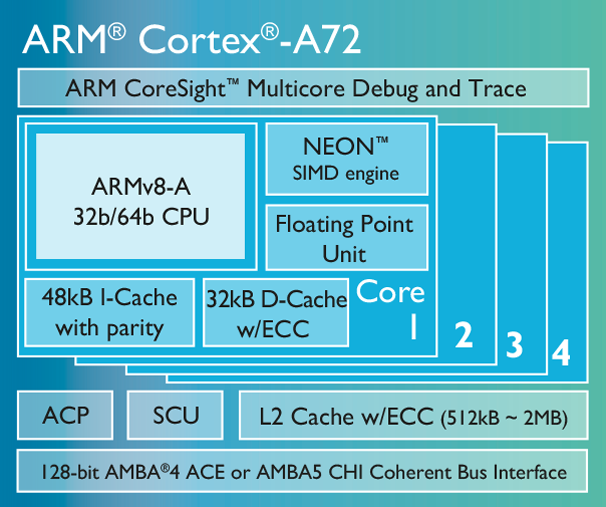 It should be noted that Apple’s reliance on ARM has changed over the years, most notably when Apple released the A6 — a custom chip design based on the ARMv7 instruction set — followed by the A7 and A8 series chips, which used 64-bit ARMv8 instructions but not ARM’s standard Cortex-series processors or Mali-series GPUs. Consequently, it’s unclear whether anything from the Cortex-A72 will make it into Apple’s A9 or A10 processors, but the 2:1 or 3:1 improvements in performance hint at what Apple will likely accomplish with similarly smaller, cooler-running chips.

Best Apple products and services for college in 2022