Square Enix’s The World Ends With You

Buying an app from the App Store is designed to be as easy as possible. A large button with a price tag sits as close to the app’s icon and name as possible, while additional details linger below. You’re not supposed to think or worry too much about each purchase — the transaction is impulse-driven when the price is low — and the implication is that the app will work when you get it, and keep working for a long time thereafter.

But what happens when an app — marketed as compatible with current iPhones, iPads, and iPod touches — is never updated for the latest version of iOS, and either stops working after an iOS upgrade, or never works at all on new devices? That’s the situation buyers of Square Enix’s $18 The World Ends with You: Solo Remix (and $20 iPad version) have found themselves in since iOS 8 was released. The game’s description claims that it “requires iOS 4.3 or later” and is compatible with devices that shipped with iOS 8, but it wasn’t actually iOS 8-compatible. Yesterday, Square Enix publicly flip-flopped on whether it would leave the game unplayable or fix it. Before changing its tune, the company told customers that they’d need to continue to keep using iOS 7 in order to play the game — an unrealistic alternative, though one that’s faced by users of numerous iOS apps that aren’t being updated by their developers.

By considering abandonment of the 69% of iOS users who are currently on iOS 8, Square Enix wasn’t just making a business choice; it was also spotlighting the risk App Store customers take every time they purchase an app. And it also revealed how long-unsolved App Store listing ambiguities are subjecting users, developers, and Apple itself to unnecessary problems. 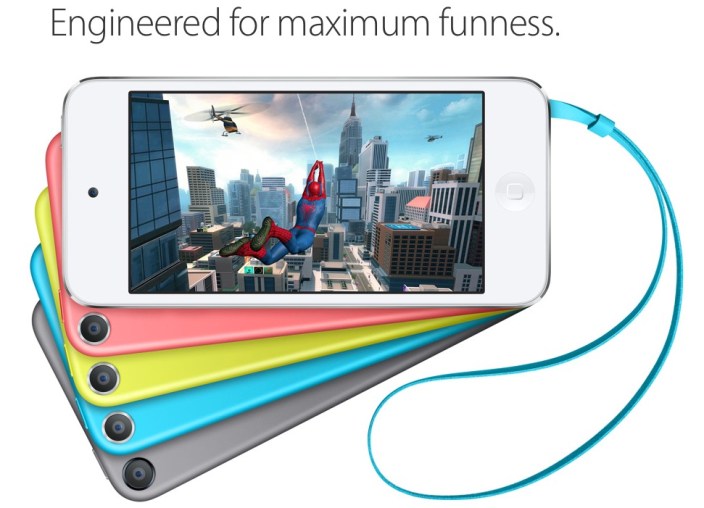 The core issue here is simple: although they’re occasionally marketed as gaming devices, iOS devices are actually closer to computers. If you buy a game for a Microsoft, Nintendo, or Sony game console, you’re guaranteed that the game will work for the console’s lifespan. But with an iOS device, it’s a little different. A game probably will work on day one, but between game patches and iOS releases, there’s no certainty that it will work a year or three later. The same thing happens with some Windows and Mac apps every time a new major version of the OS is released.

This model list includes iPhones that only run iOS 8 or newer.

Developers are partially responsible for this problem. Square Enix’s listing of compatibility, like many other App Store titles, says “Requires iOS 4.3 or later,” implying that older devices and iOS releases won’t let the game play, but newer devices will. While the developer specifies the minimum iOS version supported, the Compatibility list doesn’t appear to include a way to specify the final supported iOS version. At best, this detail might be noted elsewhere — potentially in a contradictory fashion — such as within the App Store’s “Description” text.

Because their games may go stale every year due to iOS updates, developers are faced with an ongoing dilemma. They can choose to pull their no-longer-supported games from the App Store, making them harder to re-download for users still running old versions of iOS. Alternately, they can leave unsupported games up, making them easier for past (and, problematically, current) iOS users to accidentally re-download. And of course they can opt to update the app, incurring additional development costs in exchange for increasing their sales and/or customer satisfaction. Square Enix initially chose to leave the game up without fixing it — adding a disclaimer in the Description, contradicting the app’s Compatibility information — then abruptly changed directions.

Apple also has some responsibility for this problem. App Store listings contain ambiguities over both supported devices and iOS versions. By listing “compatibility” with the phrase “requires iOS 4.3 or later,” and allowing developers to include device compatibility as broad as “Compatible with iPhone, iPad, and iPod touch” or as specific as including individual models that might not fully work, Apple is effectively letting people buy software that mightn’t work on day one, and — without a guarantee of additional development — includes an unspecified future expiration date.

Since most major developers actively patch their apps for full compatibility, this problem rarely becomes obvious. But if developers decide not to patch their apps, or keep apps in the store that don’t work with current devices, the inaccurate Compatibility listing hurts all of the consumers who bought the app. This is a problem even for $3 photo filter apps, and inexcusable for $18-$20 Square Enix games.

To Apple’s partial credit, the App Store now has a simple refund policy in the European Union to address this issue: if an app doesn’t work when it’s downloaded, it can be refunded within 14 days, no questions asked. (Refunds aren’t as easy in the United States.) That said, the App Store should stop marking apps as upwardly compatible with devices and major new iOS versions until they’re fully tested, as certified by the developer. One further step would be to increase the prominence of the iOS compatibility badge in some way. Developers wouldn’t love a pre-purchase dialog box confirming that an app about to be purchased hasn’t been certified as compatible with the current major version of iOS, but Apple uses similar warnings for uncertified accessories — apps could be next.

Would better, more honest disclosures like these slow down the pace of App Store sales? Yes, at least at first. But they would quickly push developers and Apple to do a better job of ensuring continued compatibility for their customers, and that’s what’s needed now: even Apple’s strongest defenders are clamoring for a more stable iOS with fewer bugs and user complaints. Since they’re constantly evolving, iOS devices aren’t likely to ever achieve the same guaranteed software compatibility as game consoles, but Apple can do better than it’s doing now. A couple of small changes to App Store marketing — and better version certification policies — would go a long way towards reducing customer complaints.