Can you guess the price of the 18-karat gold Apple Watch? 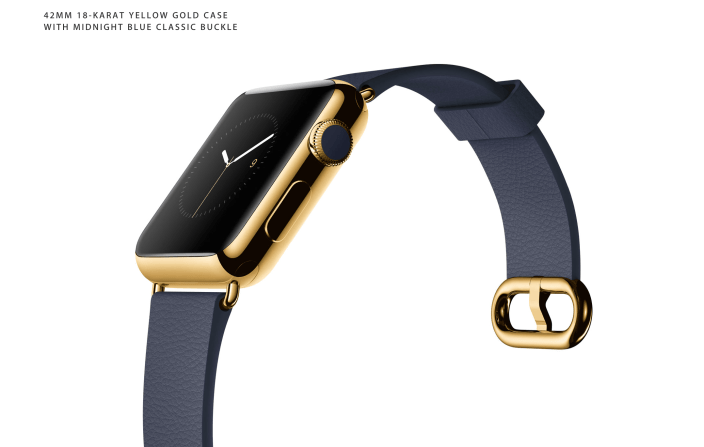 Can you guess the price of the gold Apple Watch? There has been a lot of speculation about how much the 42mm and 38mm versions of the 18-karat Apple Watch Edition will cost, but we wanted to poll the 9to5Mac community to see where everyone stands. Put your guess in the comments, vote using the polls below, and we’ll check back in April to point fingers, etc.

We do have some clues about how much it might cost: We reported recently that Apple Stores are being prepped with jewelry store-style touches for the Apple Watch launch, including safes that will store the expensive 18-karat gold Watch Edition models. That could be a hint that we’re looking at a product pricier than anything Apple currently has in stock at its stores.

There haven’t been any reports offering a solid price point for the device, but the WSJ echoes previous speculation that the gold model could sell for as much as the $4000 Mac Pro. It also did some math based on estimates claiming there could be less than a million units of the gold model available. The exclusivity of the gold edition could make a high price point a little easier to swallow for those early adopters that just have to have it.

With that in mind, we’ve come up with some likely price points for the gold Watch Edition. Vote in the poll below for both the 38mm and 42mm models (the price ranges should cover any difference in price between the models) and feel free to get more specific in the comments: