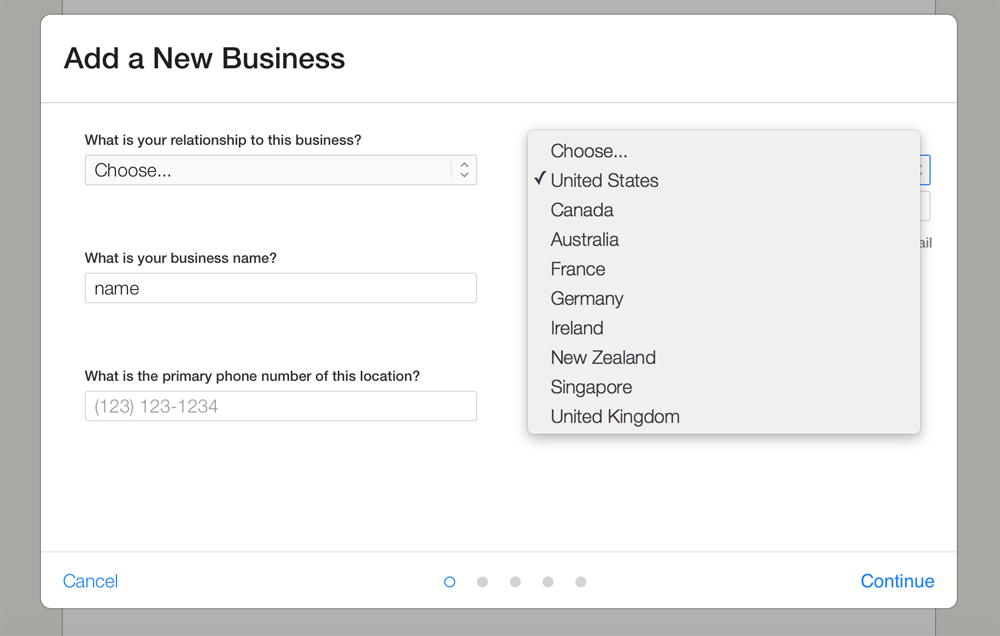 The Apple Maps Connect service, which allows small businesses to add their listings to the Apple Maps database, has been expanded to Canada, France and Germany. The service has also gained two new language options, French and German, to correspond with the regional expansion.

Apple first launched Maps Connect in the U.S. last October, enabling businesses to edit or add listings, as well as set up indoor mapping within selected areas. Entries made by businesses typically show up in Apple Maps around a week later. The international rollout began last month with the UK, Australia, New Zealand, Ireland and Singapore.

Apple switched from Google Maps to its own mapping service on iCloud.com in December. Apple-leased camera cars have been spotted recently, with some suggesting that they are being used to add Street View style images to Apple Maps, while others believe they are part of the Apple Car project.